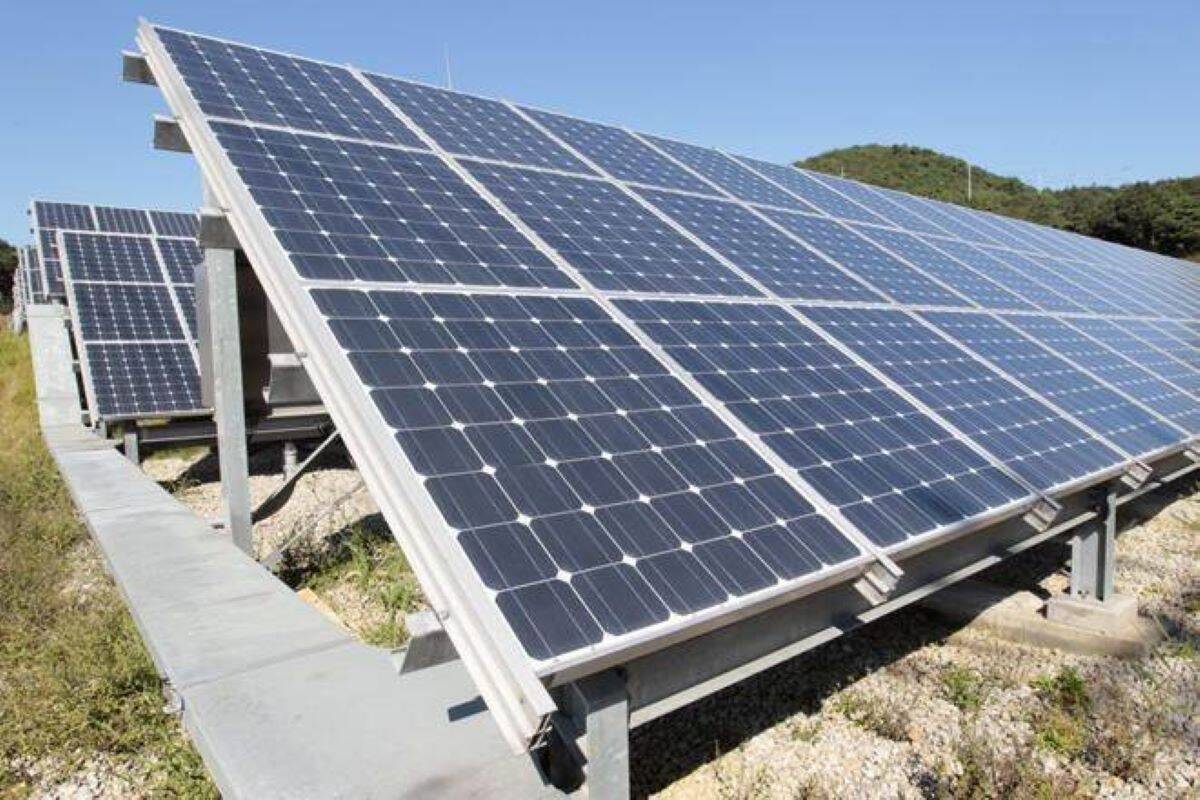 The bonds will be issued by an offshore company and proceeds will be used for subscription of non-convertible debentures issued by ACME’s projects, it added.

The bonds will have a tenor of five years and a coupon rate of 4.7 per cent. The issue was oversubscribed by over 3 times, which is a testimony of the strong business fundamentals of the underlying assets, it said.

The bonds have received Green certification from Climate Bonds Initiative. Closing of the bonds is subject to customary closing conditions, following which ACME’s projects will issue non-convertible debentures.

ACME understands that the issue received tremendous response from marquee investors with a distribution split of 56 per cent/ 22 per cent / 22 per cent between APAC, EMEA and North America/LATM regions. The bonds will list on Singapore Exchange Securities Trading Ltd. Manoj K Upadhyay, Founder & Chairman, ACME Group, said in the statement, “I am very thankful to all the investors for their participation and confidence in us. We have always been supported well by our Indian lenders and we are very happy to receive encouraging support from international investors as well. This will broaden our Source of capital”.

”The success of the issuance is testimony to not only the thriving solar sector in India but also a vote of confidence in the quality of our projects included in the offerings and management of the Company,” Rajat Seksaria, CEO, ACME Solar, said in the statement. This was the right time for us to diversify our lender base and tap the overseas markets that are deeper and provide an alternative capital source for stable and diversified renewable assets, Neeraj Gupta, CFO, ACME Solar, said.

“ESG theme-based investing with strong business fundamentals is globally gaining momentum. While the inherent nature of our business is net carbon negative, investors probably also gave weightage to ACME’s active efforts in implementing and operating its project with harmonious social connect with local communities in the catchment area of its project locations,” Sandeep Kashyap, President, Business, ACME Solar, said. The ACME Solar’s current portfolio is 4.8 GWp, which includes 2.2 GWp of operational capacity and another 2.6 GWp is under construction, spread across 12 states. 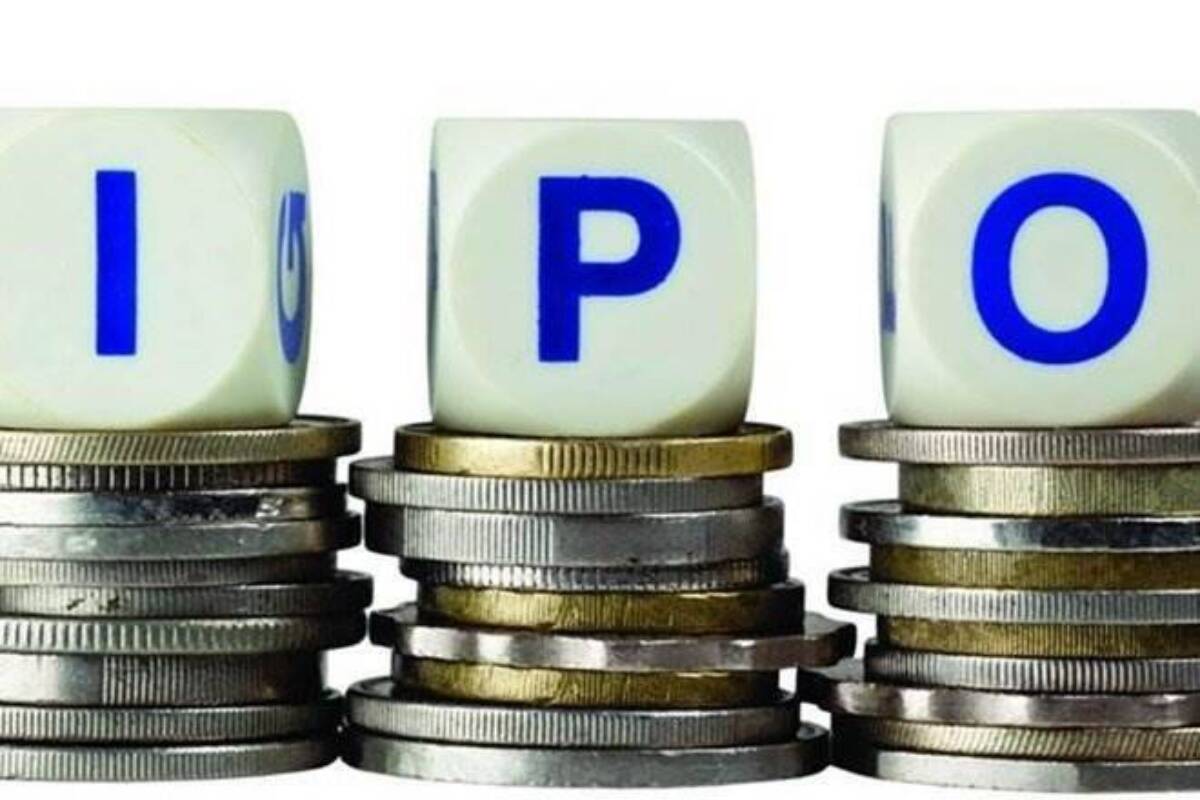 As on date, India Inc has raised over Rs 42,000 crore though 28 IPOs in seven months till date. If the number of companies which have filed their issues with SEBI or have shown intent to list is any indication, this could easily cross Rs 1 lakh crore by December should the secondary market maintain its tempo.

Besides companies in traditional businesses, the bumper listing of Zomato is set to trigger a host of IPOs from other new-age companies including Paytm, PhonePe, MobiKwik, Grofers, PolicyBazaar, Flipkart Internet, Delhivery among others that have shown their intention to list this year.

Such hectic fund raising through IPOs was last witnessed in 2017 when companies raised Rs 67,147 crore through 36 IPOs. This year, India Inc has already raised over Rs 42,000 crore though 28 IPOs. Data compiled by Prime Database shows that 34 more companies have already filed offer documents with Sebi, and are estimated to raise over Rs 71,000 crore through IPOs.

Further, 54 companies have announced their intention to tap the primary market this year, and just 21 of them are estimated to raise over Rs 70,000 crore. These do not include state-owned Life Insurance Corporation, which could raise around Rs 50,000 crore or more depending on its estimated valuation of anywhere between Rs 10 lakh crore and Rs 15 lakh crore.

Pranav Haldea, Managing Director, Prime Database, said it is critical for markets to remain bullish for deals to close. “Even if the companies have Sebi approval, they will launch the issue only if the market is in bullish territory. In 2013, we did a study which showed that companies holding Sebi approval for IPOs worth Rs 75,000 crore allowed these to lapse when the markets turned bearish. So, while the pipeline is strong, bullishness in the market will be key for their conclusion,” said Haldea.

Despite concerns of a third Covid-19 wave, stretched valuations and inflation, the market has shown appetite for IPOs. ‘Seize the opportunity’ seems to be the axiom guiding retail participants. “What is significant is banks and financial institutions have, of late, shown equal if not more interest than retail participants in primary issues. They have nearly doubled their investments in IPOs reaching four-year highs and we are only over half way through the year,” said Nirai Shah, Head of Equity Research, Samco Securities.

The excitement does not end here; pension regulator PFRDA is considering permitting pension funds to broaden their investment spectrum to invest in eligible IPOs and similar primary issues with certain predefined criteria. “This unequivocally shows the IPO party is far from being over, given our economy is flushed with liquidity,” Shah said.

While the Zomato IPO showed signs of investor maturity and appetite for new age companies, Sebi chairman Ajay Tyagi recently said the filings and public offerings reflect the maturity of the market to accept the business model of new age tech companies, which aren’t amenable to valuation through conventional metrics of profitability.

“Along with the robust growth, it is heartening to note that our markets are entering a new era with several new age tech companies preferring to list domestically. Our markets offer as attractive a fund-raising proposition as any overseas market,” Tyagi said at the NISM capital market conference last week.

Successful IPOs of such companies are likely to attract more funds in domestic markets, thus creating a new ecosystem of entrepreneurs and investors, Tyagi said.

After Zomato, the next mega unicorn listing is likely to be One97 Communications, the parent firm of Paytm, a leading digital ecosystem for consumers and merchants, which recently filed the draft red herring prospectus with the regulator SEBI for a Rs 16,600 crore IPO. This could be one of the largest IPOs in recent years.

LIC, which is preparing the groundwork for the IPO, is set to hit the capital market in the fourth quarter of FY’22 and could raise between Rs 55,000 and 80,000 crore.

As for the overall resource mobilisation through capital markets, companies raised Rs 10.12 lakh crore in FY21 despite this being a pandemic-affected year, surpassing previous year’s figures of Rs 9.96 lakh crore.

Asian stock markets declined Wednesday after Wall Street pulled back from a record as investors awaited a Federal Reserve report for signs of when US stimulus might be withdrawn. Investors also were uncertain how much farther China will go with a regulatory crackdown that set off a slide in its internet share prices. Shanghai, Tokyo and Sydney retreated while Hong Kong advanced.

Investors were digesting US earnings reports while worries increased after the Centers for Disease Control and Prevention recommended even vaccinated people return to wearing masks indoors in areas where the coronavirus’s more contagious delta variant is spreading. “Investors turned cautious,” said Edward Moya of Oanda in a report.

A meeting of the Federal Reserve board that began Tuesday is expected to bring an update on when the US central bank might start to reduce bond purchases that inject money into financial markets and keep interest rates low. The Shanghai Composite Index lost 0.6 per cent to 3,363.00, declining for a third day, while the Nikkei 225 in Tokyo fell 1.5 per cent to 27,561.50. The Hang Seng in Hong Kong shed 0.2 per cent to 25,027.16.

Selling was most pronounced in technology and communication stocks, and in companies that rely on consumer spending. Traders shifted money into sectors seen as less risky, including utilities, health care and in companies that make household and personal goods. Shares in Chinese internet giants slid for a third day as investors waited for possible new action after Beijing stepped up anti-monopoly and data security enforcement against the industry. They were reported to be considering restrictions on for-profit education ventures. 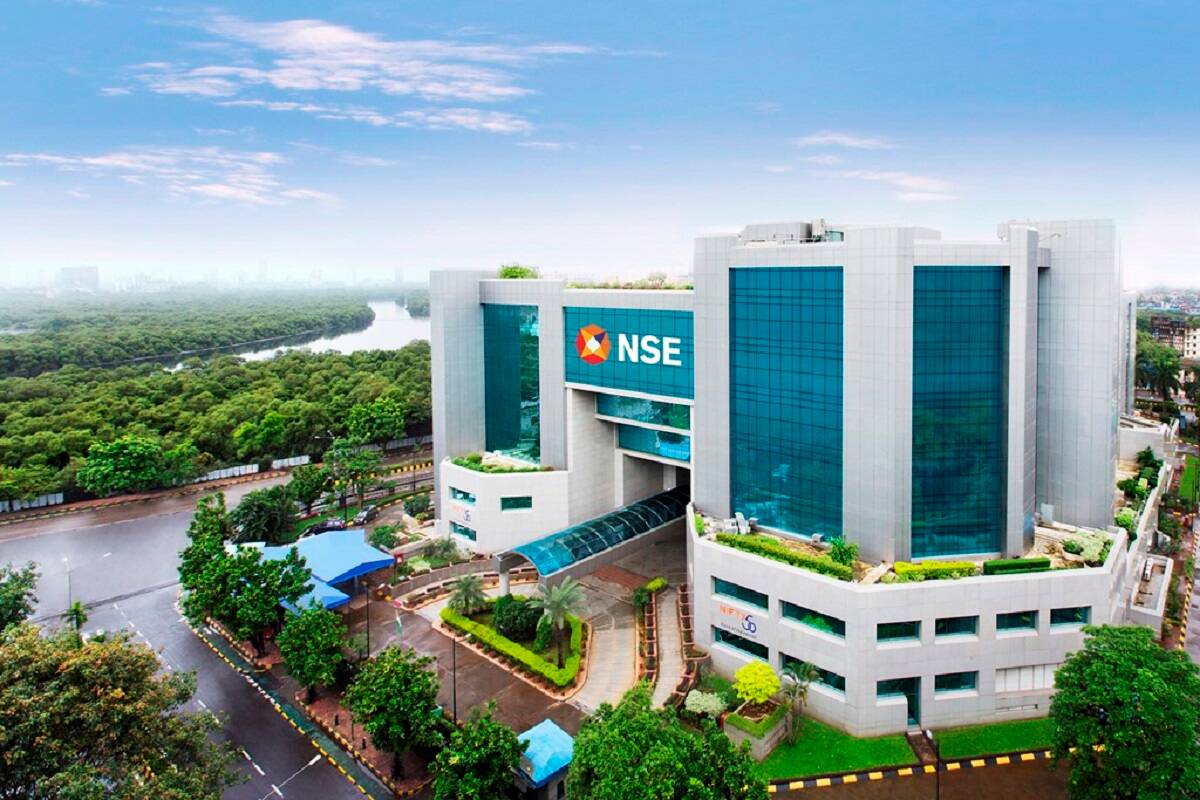 New age internet shares such as Zomato and Info Edge (naukri.com) may not make it to the benchmark NSE Nifty 50 index in the impending review next month, despite having a high market capitalization. However, Info Edge is the best possible contender for a spot in Nifty 50 in future reshuffles, ICICI Direct said in a report. Zomato too has a bright chance of making it to Nifty 50 in the future. “New large-cap internet platform companies like Zomato with high free-float market cap due to zero promoter holdings could be serious contenders for entry into the benchmark indices going ahead,” the report said.

Entry into the benchmark Nifty 50 index is decided on the basis of a stock’s average market capitalization in the previous six months among other factors. Stocks that are currently a part of the Nifty 100 index and available for trading in NSE’s Futures & Options segment are picked for Nifty 50.

Info Edge best placed for future entry
Info Edge is still the best-placed stock to enter the index in the next reshuffle. “Info Edge will be the first pure-play internet platform company to be included in the NIFTY50 index as and when it qualifies,” ICICI Direct said. Putting things into perspective, the brokerage firm highlighted that even the US Dow Jones Industrial Average still doesn’t have any of the internet platform companies such as Amazon or Google as part of its constituents given the limitations of it being a price-weighted index.

Zomato, internet and new-age economy stocks gearing up to dominate
Now with the advent of the internet and the new-age economy, the three best-placed stocks to enter the index are Info Edge, Radhakishan Damani’s Avenue Supermarts (DMart), and Gautam Adani’s Adani Green Energy. “All the three stocks are notably from the new-age economy sectors of internet businesses, organised discount grocery retail with e-commerce incubation, and a green energy company, respectively,” the report said. DMart and Adani Green Energy currently fail to qualify for not being a part of the F&O list. 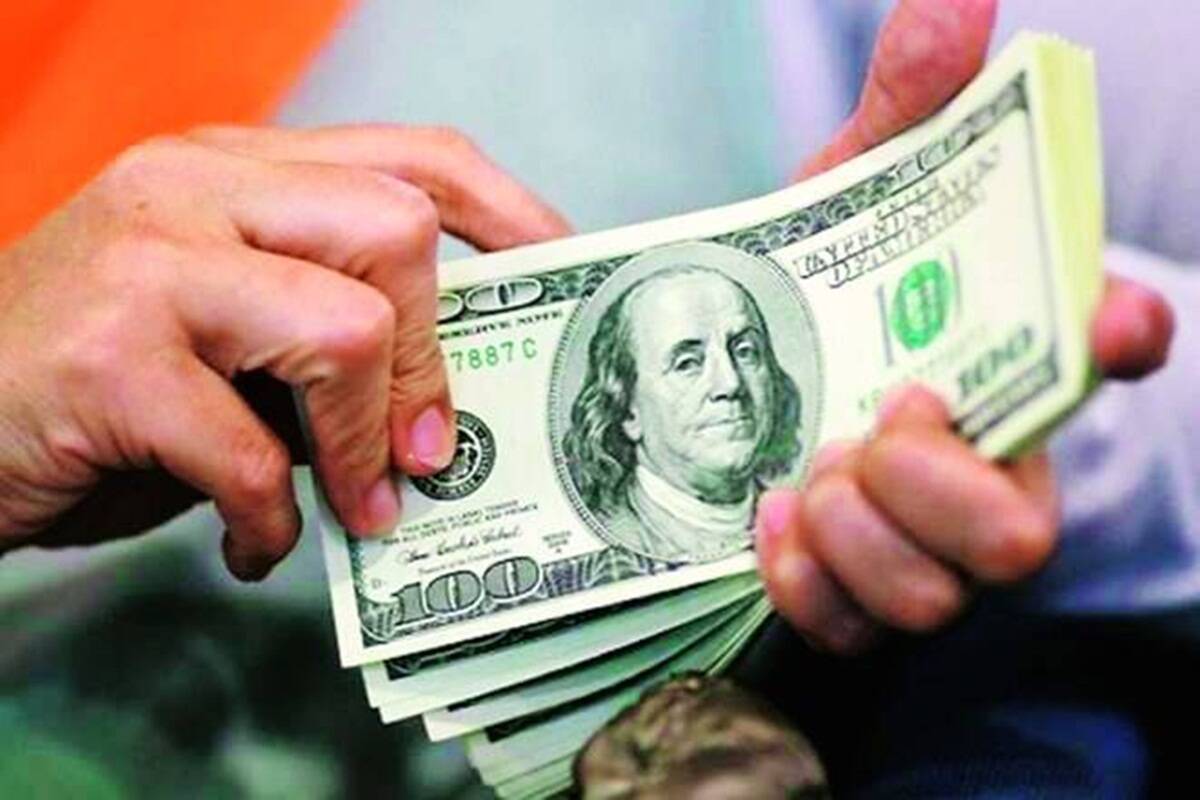 Adani Electricity Mumbai Ltd (AEML) on Friday said it has raised USD 300 million (around Rs 2,232 crore) by issuing 10-year sustainability-linked bonds to global investors. It has announced a USD 2 billion global medium-term notes programme and is the first company in India’s energy sector to undertake fundraising through this route, a company statement said.

”AEML priced its first takedown of USD 300 million through 10-year notes under the 144A / REG S format,” the statement said adding it got the tightest coupon ever by a BBB- rated utilities issuer in Asia excluding Japan. The proceeds will be utilised for refinance of existing debt and regulatory asset development for enabling ‘asset hardening’, the statement added.

It said the takedown was oversubscribed 9.2 times, and also gave a geographical split of the investors which included Asia (49 per cent), Europe Middle East and Africa (27 per cent) and North America (24 per cent).

After the transaction, AEML’s capital management plan enters the next phase with 100 per cent of the term debt being placed in the international capital markets and the overall maturity increases to nine years. The company, bought by the Adani Group from Anil Ambani-led Reliance Energy, services 12 million consumers in the financial capital.

”AEML has set for itself some of the nation’s most challenging renewable penetration targets in the short term, thereby showcasing our commitment towards net zero emissions. “We have also committed to the short-term target of reductions of Green House Gas (GHG) Emission intensity by 60 per cent from FY19 levels to stay in line with COP26 targets,” its managing director and chief executive Kandarp Patel said.

The assurance of the sustainability framework for the issue was completed through external agencies, which included Moody’s Investors Service Vigeo Eiris providing a second party opinion on AEML’s Sustainability Framework and British Standards Institute assuring the baselines for the targets.