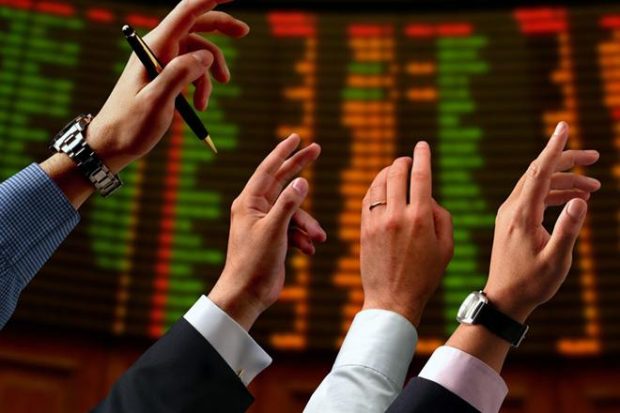 Global markets and US stock futures declined Thursday after the Federal Reserve warned the coronavirus pandemic might threaten the modest economic recovery and kept interest rates near zero. London and Frankfurt opened lower. Shanghai, Tokyo and Hong Kong retreated after spending part of the day in positive territory. Lower interest rates and investor optimism about a possible coronavirus vaccine have helped global markets recover most of this year’s losses. But analysts say it might be too early to bet the recovery will persist, given the rising infection numbers in the United States, Brazil and other countries.

On Wednesday, Fed Chairman Jerome Powell warned that rising U.S. cases, which have led some state governments to reimpose anti-disease measures, threaten the modest recovery from the pandemic. The Fed said it would keep buying USD 120 billion of Treasury and mortgage bonds every month to encourage borrowing and spending, but Powell said Congress needs to take action. Legislators have yet to agree on aid after USD 600 in weekly unemployment benefits for millions of Americans run out this week.

On Wall Street, futures for the benchmark S&P 500 index and the Dow Jones Industrial Average were 1per cent lower. On the S&P 500 index rose 1.2 per cent after the Fed’s rate announcement. The S&P 500, which was down 34 per cent earlier, is back within 3.8 per cent of its February record. The Dow rose 0.6 per cent while the Nasdaq composite added 1.4 per cent.

That means retail sales in one of the world’s biggest markets were only 0.9% lower than in February before the crisis hit, Tom Learmouth of Capital Economics said in a report. In the United States, some companies are reporting quarterly results that exceed forecasts, though they still are well below pre-virus levels.

On Wednesday, Advanced Micro Devices rose 12.5 per cent after it reported stronger profit than Wall Street expected. Starbucks gained 3.7 per cent after it reported a loss that wasn’t as bad as analysts were expecting. Eastman Kodak surged 318.1 per cent, gaining for a second day after the company won a USD 765 million government loan to launch a new business unit making pharmaceutical components. Shares rose to USD 33.20 from USD 2.62 on Monday.

Amazon added 1.1 per cent Wednesday, Apple rose 1.9 per cent, Facebook gained 1.4 per cent and the Class A shares of Alphabet, Google’s parent company, were up 1.3 per cent . 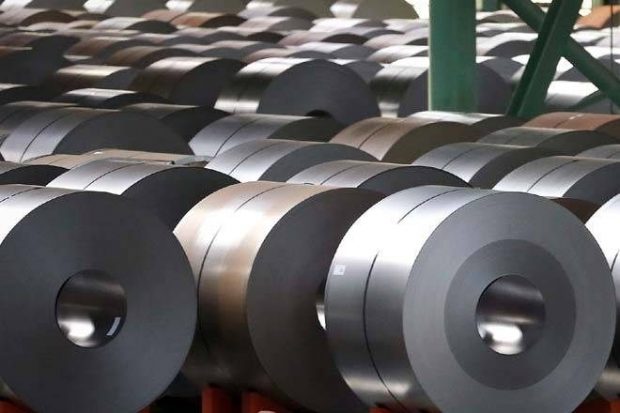 The coronavirus pandemic is likely to take a toll on steel businesses in India as the steel consumption in the country is expected to fall by at least 10 per cent for rated Indian steel-makers in the 12 months to March 2021. The ongoing demand shock and an inability to pass on elevated costs to customers will severely hit the profitability of Asia Pacific steelmakers over the year to March 2021, said a report by the Moody’s Investors Service. While the profitability is set to drop 15 per cent in the current fiscal, the sales volumes will contract for the first time since 2015.

Unlike previous downturns that were prompted by supply gluts linked to large capacity increases, the coronavirus-led downturn has caused demand destruction across major steel-user industries,” said Laura Acres, Managing Director in Moody’s Corporate Finance Group. On the back of the supply disruptions among major steel producers, the prices are also expected to remain at elevated levels throughout the year.

The report highlighted that the falling automaker demand and weakness in the construction, infrastructure, and shipbuilding sectors will result in sales volumes contracting for the first time in the last five years. Sales volumes will fall by mid-single digits in Korea (Aa2 stable) and Australia (Aaa stable), and in high single-digits in India (Baa3 negative), the report added. Kaustubh Chaubal, Moody’s Vice President and Senior Credit Officer, said that the outlook for the steel sector is negative.

Meanwhile, in the month of May 2020, India produced only 5.8 million tonnes of steel which was a fall of 39 per cent on-year, however, India remained a net exporter of finished steel during June 2020 with a net trade surplus of 1.3 MT. China and Vietnam were top destinations for Indian steel exports as these two countries together accounted for nearly 64% of total steel exports from India in June 2020, which was substantially higher as compared to just 6.2 per cent in June 2019, according to Care Ratings. On the other hand, UAE and Nepal which together accounted for 40 per cent of total steel exports from India in June 2019 saw their share fall to just 8% in the same month this year. 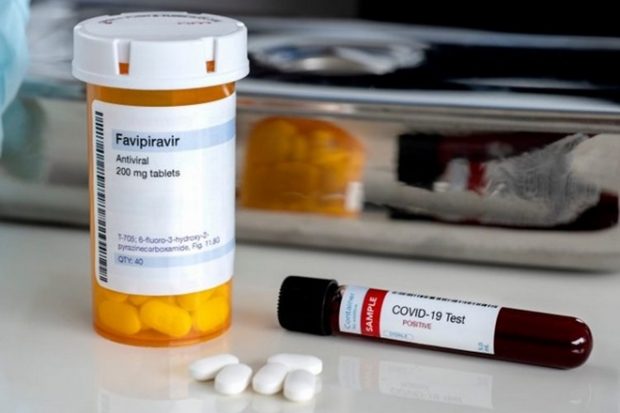 Indian drugmakers are on track to become a staple investment for some equity investors after being spurned for at least five years. The S&P BSE Healthcare Index has risen 27% this year, set for its first yearly outperformance in five versus the S&P BSE Sensex Index. The benchmark gauge has just one pharmaceutical member, Sun Pharmaceutical Ltd. That means the Sensex was unable to benefit from a stellar rally in some of the largest drugmakers in India.

“Improving fundamentals and the potential for Covid-19-led risk off in other sectors will keep the pharma rally going” said Aneesh Srivastava, the Mumbai-based chief investment officer at Star Health and Allied Insurance Co. The odds for better returns over the next few years have risen, he said.

A flurry of plant approvals from the U.S. Food and Drug Administration this year has boosted the fortunes of Indian pharma companies, while domestic drug sales have recovered after the world’s biggest lockdown eased in June. On Wednesday, the government unveiled a policy aimed at boosting local output of raw materials used in drug production to break a reliance on China, which supplies about 70% of those ingredients.

“These steps come at an opportune time,” Emkay Global Financial Services Ltd. analyst Praful Bohra wrote in a note on Wednesday. A lot of companies globally are looking for “an alternate source of raw materials to reduce their dependence on China,” he said.

The optimism is reflected in analyst earnings estimates for the sector. Forecast profits for members of the local healthcare index have rebounded to pre-pandemic levels whereas that for the benchmark has slumped to near its lowest since 2017, according to data compiled by Bloomberg.

“Pharma stocks can command a higher weight in the indexes and portfolios as India is set to become an even stronger hub for drugs,” said Deven Choksey, who oversees investment and research as managing director at KRChoksey Investment Managers Pvt. He sees the stocks adding as much as 20% to their rally by the end of this year.

With only the one stock remaining, the industry’s weighting in Sensex has dropped to about 1.2%, the lowest level since 2011 as sentiment for the shares soured after several major Indian pharma companies were hit by a wave of FDA sanctions in 2015 that threatened access to the profitable U.S. market. Things have since changed.

“Growth in the sector is rebounding as the economy is opening up,” Abdulkader Puranwala, an analyst at Anand Rathi Financial Services Ltd. wrote in a note on July 20. “We expect pharma to be one of the fastest growing industries in India,” as shown by the price increases and new product launches, the note said. 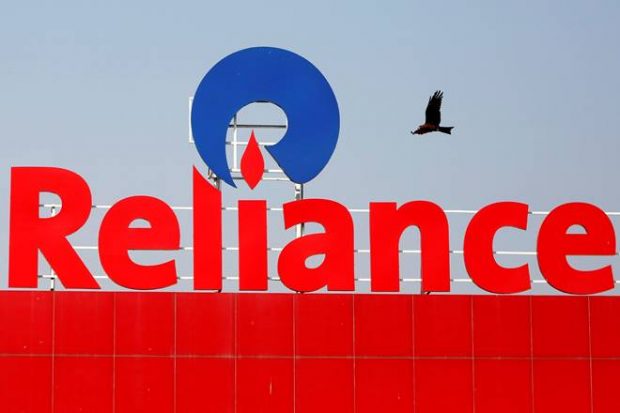 Reliance Industries (RIL) share price surged 3.73 per cent to hit a fresh all-time of Rs 2,078.90 apiece on BSE, becoming the first Indian company to have a market capitalisation of Rs 13 lakh crore. RIL took just eight trading sessions to climb up to Rs 13 lakh crore m-cap from Rs 12 lakh crore. Last month the total m-cap of the oil-to-telecom conglomerate stood at Rs 11 lakh crore. The stock has been rallying on back to back investments from global technology investors in its digital arm Jio Platforms. After the recent investment deal by Google, Reliance has sold a total of 32.8 per cent stake in Jio Platforms for Rs 1.52 lakh crore. So far since April, the highest stake of 9.99 per cent, has been picked up by the social media giant Facebook for Rs 43,573.62 crore. “As the market witnessed the Jio rise in a very short span compared to their earlier entrants and peers, it wouldn’t be an over-hype to say that the RILs plan might be to challenge Amazon and Dmart in the consumer and retail businesses in the coming years,” Ravi Singh, Head of Research, Karvy Stock Broking told Financial Express Online.

He further explained that on the back of the technical setup, the immediate target of RIL would be 2125 levels while in the medium-term the stock may touch 2500 levels. In the previous session, Mukesh Ambani-led Reliance Industries topped the Rs 2,000 levels for the first time since listing. Apart from the investments in Jio, the company has raised funds with Rs 53,124 crore mega rights issue and stake sale to British energy giant BP in the petro-retail joint venture.

RIL shares closed the session 3.55 per cent higher at Rs 2,075.15 apiece as compared to a 0.71 per cent rise in the benchmark S&P BSE Sensex. With today’s surge in the stock price, RIL shares have rallied 139.5 per cent since March. On Wednesday, oil to telecom conglomerate informed the exchanges that the company will be announcing its April-June quarter results on July 30, instead of on Friday, July 24, 2020, as intimated earlier. Reliance Jio has also sought spectrum in certain frequencies from the Department of Telecom (DoT) for holding trials of the latest 5G technology, according to a PTI report. 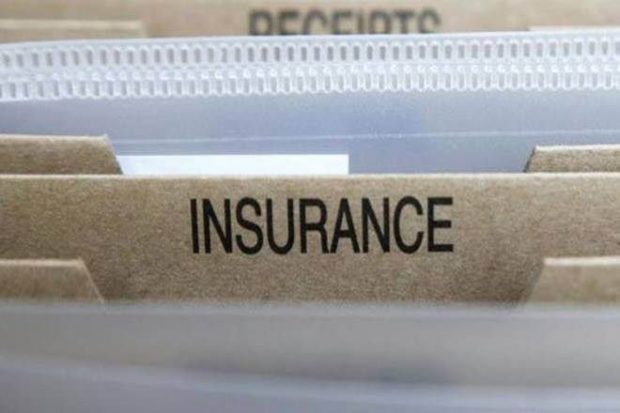 HDFC Life Insurance Company’s capital raising committee (CRC) will meet on Thursday, July 23, to mull fundraising of up to Rs 600 crore via issuance of debentures. The company in a regulatory filing said that the CRC of the board of directors will meet to approve the said borrowing plan. “We wish to draw your attention to the in-principle approval accorded by the board of directors of HDFC Life Insurance Company Limited for raising of funds through the issuance of NCDs in the nature of subordinated debt instrument up to Rs 600 crore in one or more tranches, on private placement basis,” HDFC Life Insurance Company said in a regulatory filing.

The CRC will consider and approve the proposed issuance of up to 6,000 unsecured, rated, listed, subordinated, redeemable, non-convertible fully paid-up debentures of the aggregate nominal value of up to Rs 600 crore. Each of which will be having a face value of Rs 10 lakh. The private sector life insurer also said it will raise the money in one or more tranches, on a private placement basis which will be subject to receipt of the regulatory and other approvals.

In April this year, the company had received in-principle approval from the board for this fundraising plan. Besides, HDFC Life Insurance Company is scheduled to announce its April-June quarter earnings for the current fiscal year later in the day.

HDFC Life Insurance Company shares were trading 0.79 per cent lower at Rs 612.25 apiece as compared to a 1.33 per cent rise in the benchmark S&P BSE Sensex.