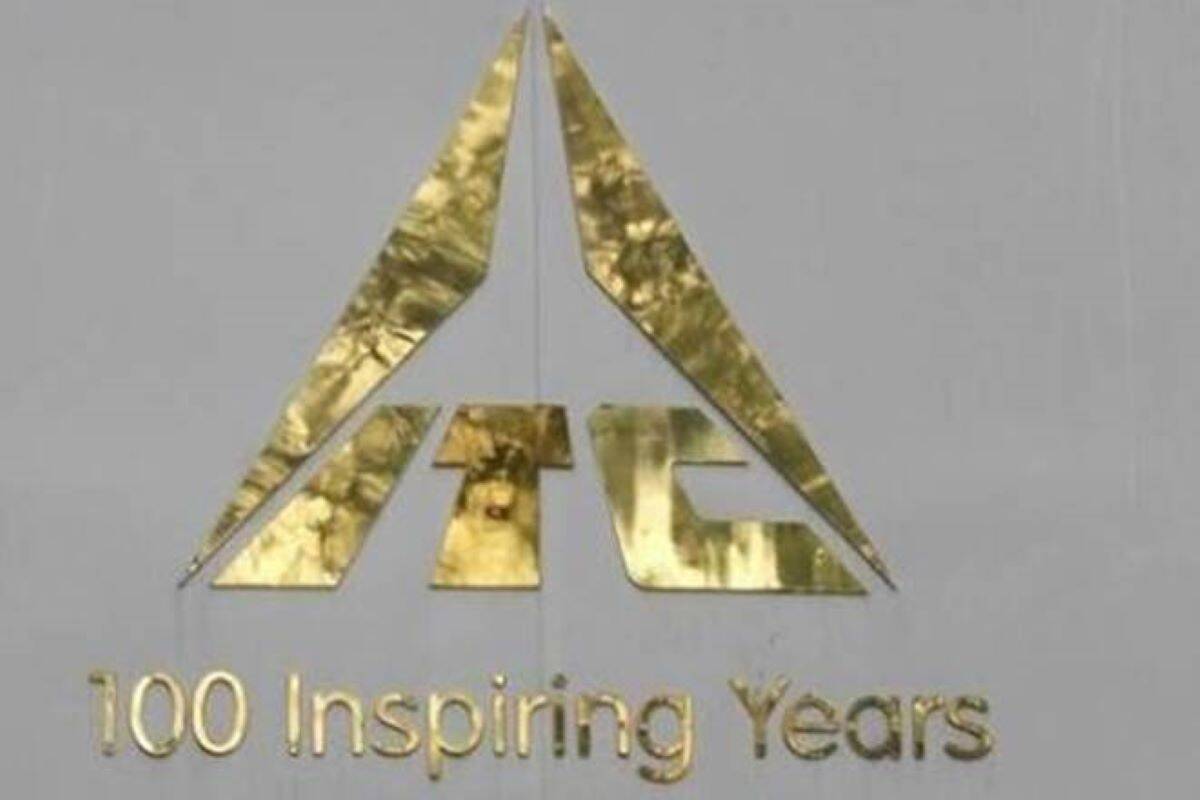 ITC share price saw a volatile day of trade on Wednesday due to the tax hike in cigarettes, announced in Budget 2023. The ITC scrip saw a 6.6% fall intraday before soaring to a fresh 52-week high at Rs 365.65 on the BSE, up 3.7%. The tobacco giant continued to extend its gains on Thursday, gaining 7.4% over the course of two sessions. The share price traded at a discount of 0.5% at Rs 376.65 on Friday, ahead of its Q3FY23 earnings.

ITC shares rebounded on 1 February once the market calculated the overall tax increase will be a meager 2%. “Given the general inflationary environment and no-price hikes since the last two years, we believe ITC is likely to offset the impact of tax hikes through selective price hikes,” ICICI Securities said. As a result of this, HDFC Securities stated cigarette companies like ITC and its peers may see a relief rally.

However, the marginal tax hike isn’t the sole factor behind the cheery sentiment surrounding ITC. The positive announcements in the Union Budget that sought to thrust the agricultural sector forward have resulted in the discourse around ITC strengthening. IIFL Securities wrote that the announcements on millet and the focus on increased production in various agricultural sectors would be beneficial to ITC and they anticipate further upside movement.

More experts and analysts are moving away from the view of ITC being solely a tobacco giant, and are now recognizing its capacity across sectors, especially FMCG and hotels. As the Budget was announced, AUM Capital stated that the hike in agri credit target as well as the makeover of tourist destinations to be developed for tourists are positive for ITC.

“We expect the narrative around the ITC is getting strong on account of – 1) Stable cigarette volume growth led by market share gains and new product launches; 2) FMCG business reaching the inflection point as its EBIT margins expected to inch up from 7.7% in FY22 led by – effective implementation of WIMI strategy, driving premiumization, leveraging technology on demand and supply side; 3) Strong and stable growth in hotels, paperboard, and agribusiness,” said Axis Securities. 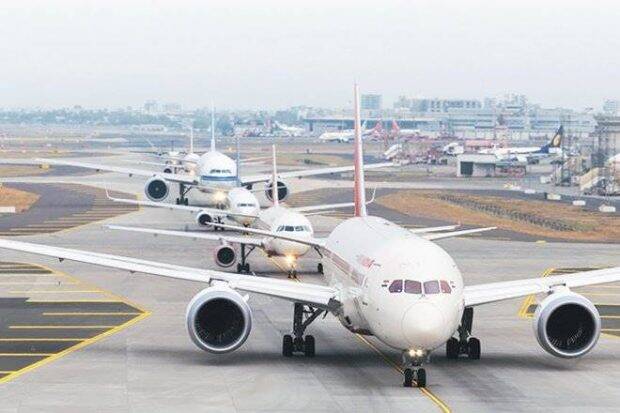 Jet fuel (ATF) price on Wednesday was hiked by 4 percent in line with firming international oil prices but petrol and diesel rates remained on freeze for a record 10th month in the running. Aviation turbine fuel (ATF) price was increased by Rs 4,218 per kilolitre, or 3.9 percent, to Rs 1,12,356.77 per kl in the national capital, according to a price notification of state-owned fuel retailers.

The increase follows three rounds of reduction since November. The price on January 1 was reduced to Rs 1,08,138.77 per kl from Rs 1,17,587.64. Prior to that, the price was slashed by 2.3 percent on December 1 and 4.19 percent on November 1. The rate hike will increase the burden on airlines for whom fuel makes for almost 40 percent of the operating cost.

ATF price is revised on the 1st of every month based on the average rate of international benchmark and foreign exchange rates. Petrol and diesel prices, however, continued to remain on freeze for a record tenth month in a row. Petrol costs Rs 96.72 per liter in the national capital and diesel comes to Rs 89.62.

State-owned fuel retailers are supposed to revise petrol and diesel prices daily based on a 15-day rolling average of benchmark international fuel prices but they haven’t done that since April 6, 2022. Prices were last changed on May 22 when the government cut excise duty to relieve consumers from a spike in retail rates that followed a surge in international oil prices. Also, the cost of commercial LPG, whose rate too is revised on the 1st of every month, remained unchanged on Wednesday.

A 19-kg commercial LPG cylinder, which is used by hotels, restaurants, and other business establishments, continues to cost Rs 1,769 in the national capital. The rate of LPG used in household kitchens remained unchanged at Rs 1,053 per 14.2-kg cylinder. Rates differ from state to state depending on the incidence of local taxes. 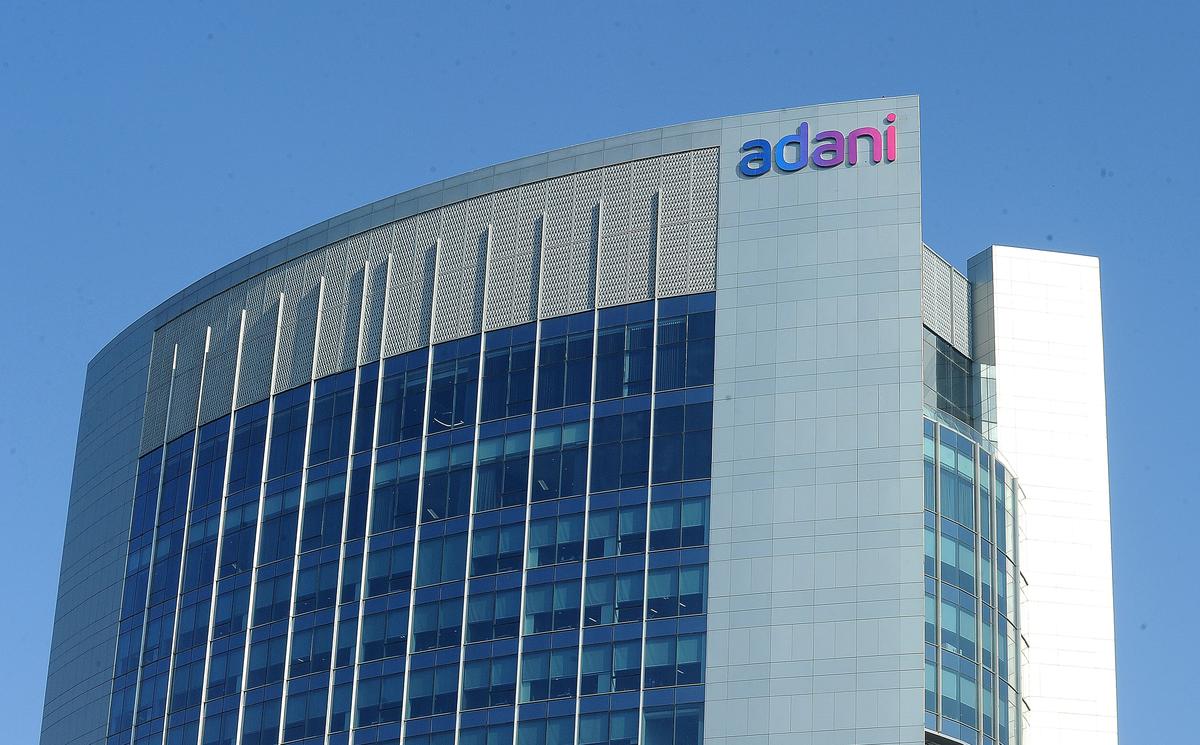 The net proceeds of the FPO will be used for debt repayment and capital expenditure of AEL and its subsidiary companies. The tentative date for share allocation is February 3.

On Tuesday, Adani Enterprises shares rose 3.35% to Rs 2,975.00 while other stocks of Adani Group were trading mixed. In the aftermath of Hindenburg’s report, three Adani Group stocks, Adani Total Gas, Adani Green Energy, and Adani Transmission, have their circuit limit narrowed down from 20% to 10% after two straight days of fall. The stocks have been falling since the Hindenburg accused the Adani group of fraud and money laundering. 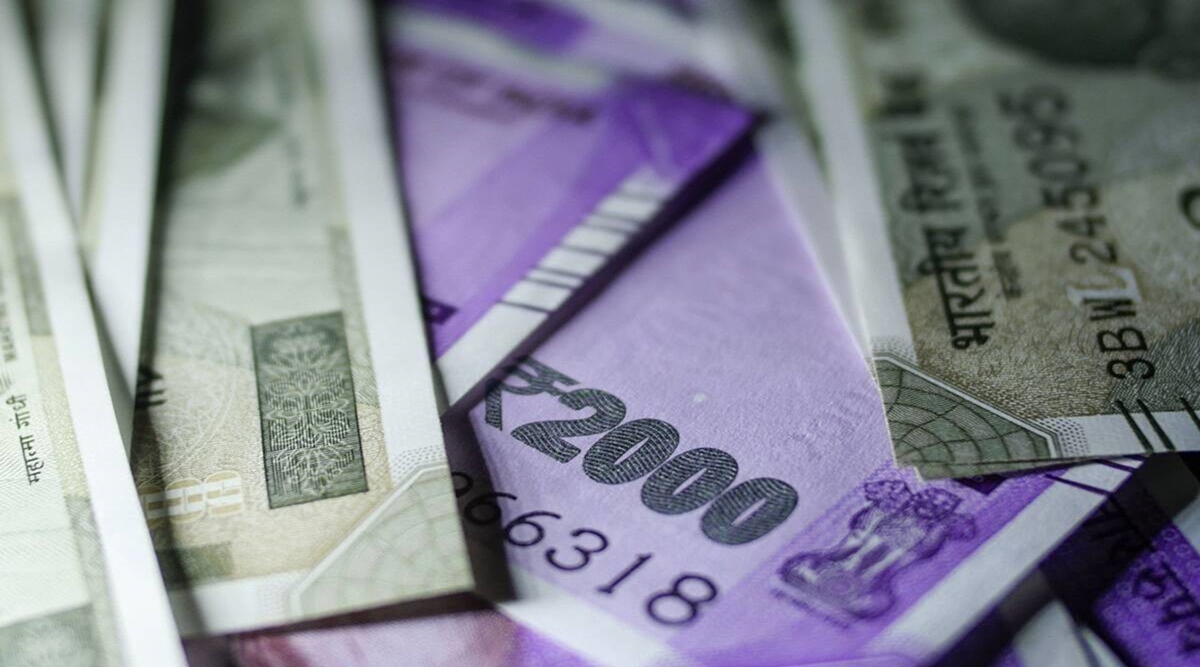 The Indian rupee fell 12 paise to 81.52 against the US dollar in the early trade on Monday. The local unit is expected to appreciate amid weakness in the dollar and a rise in risk appetite in global markets. Market sentiments are expected to improve further on hopes the US Fed will reduce the pace of rate hikes in the upcoming meeting following softness in the US inflation print. “US$INR is likely to face rejection near the 20-day EMA at 81.80 and move towards the immediate support at 81.30,” said ICICIdirect. In the previous session, the rupee appreciated 8 paise to close at 81.53 (provisional) against the US dollar.

According to analysts, the rupee’s recent gains may prove to be fleeting because of pressure from India’s persistent current-account gap and the central bank building up its foreign-exchange reserves. QuantEco Research expects the rupee to slip toward 83.5 per dollar in the next three months, down over 2% from 81.6 on Friday. Nuvama Professional Clients Group sees it dropping past 83. The currency’s appreciation is being limited by the Reserve Bank of India building back up its forex reserves, which hit a two-year low in October. Any dip in the dollar-rupee rate is seen as an opportunity for the RBI to stock up, said Abhilash Koikkara, head of the forex at Nuvama.

“Overall, considering expectations from the events globally and domestically, the rupee is likely to consolidate between a broad range of 80.80 to 82.20 levels. That makes 80.80-81.20 a buying zone for importers and between 81.80-82.20 a selling zone for exporters for the near to medium term,” said Amit Pabari, MD, CR Forex Advisors.

“We expect Rupee to trade with a slight negative bias on weak domestic markets and rising crude oil prices. Month-end Dollar demand from importers and outflows from foreign investors may also put downside pressure on Rupee. However, a weak tone in the US Dollar may prevent a sharp downside in Rupee. We may take cues from core PCE core deflator, which is the Fed’s preferred gauge of inflation and is expected weaker than the previous reading. USDINR spot price is expected to trade in a range of Rs 81 to Rs 82.20,” said Anuj Choudhary – Research Analyst at Sharekhan by BNP Paribas.

All eyes are on Union Budget, the US Fed meeting

“Rupee traded in a narrow range and volatility was low as market participants remained cautious of important events that are scheduled this week. On the domestic front, we have the Union Budget, and also major central banks will release their policy statement. Data released by the RBI showed FX reserves rose by $1.727 billion to $573.727 billion in the week ending January 20. This is the second consecutive week that reserves have increased. In the preceding week, India’s forex reserves jumped by $10.417 billion to $572 billion. We expect the USDINR(Spot) to trade sideways and quote in the range of 81.10 and 81.60,” said Gaurang Somaiya, Forex & Bullion Analyst, Motilal Oswal Financial Services. 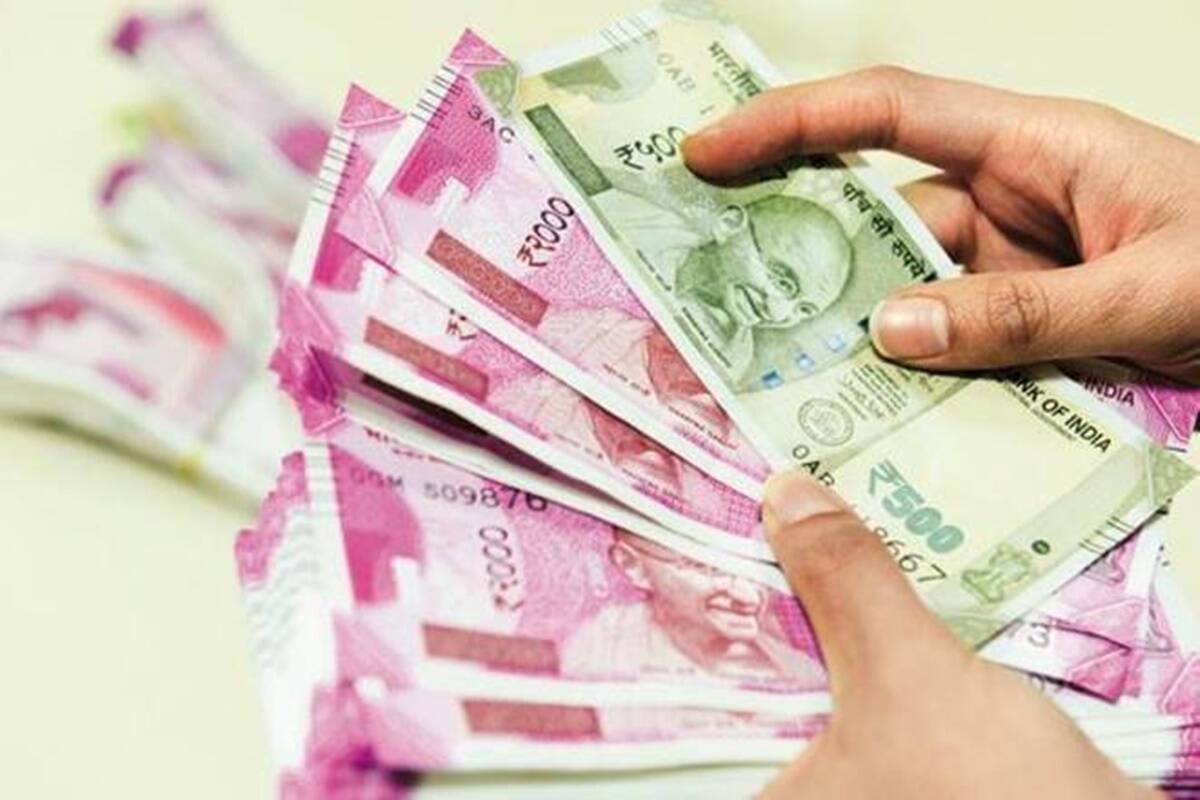 “The RBI protected the sharp appreciation in the rupee by intervening in the spot market around 80.90-81.00 levels, which pushed the speculators to unwind their short positions in the USD. Further, buying of USD by oil companies amid a rise in crude oil prices coupled with FII’s remaining net sellers have mounted pressure on the rupee,” said Amit Pabari of CR Forex. Market participants remain cautious ahead of the important Union Budget that is scheduled next week. Any announcement of a widening of the fiscal deficit could keep the rupee weighed down.

“A tussle between the buyers and sellers is likely to continue as inflows pertaining to Adani FPO and RBI bond issue shall keep the rupee on a stronger note and RBI’s intervention on the other side could limit the gains near 80.80 levels. Well, the broad range would remain between 80.80 to 82.10,” Pabari added.

The US$INR pair is expected to face rejection near the 81.80-82.00 zone and is likely to slide towards 81.30 following an improvement in global risk appetite and weakness in the dollar. The further expectation of weaker US advance GDP numbers, which is due on Thursday could restrict the recovery in the dollar. “The pair is still hovering below the 20-day EMA, which could act as key resistance. As long as it remains below 81.80 the pair is likely to move towards the immediate support at 81.30,” said analysts at ICICIdirect.

According to Gaurang Somaiya, Forex & Bullion Analyst, Motilal Oswal Financial Services, in the next couple of sessions, advance GDP and core PCE index numbers from the US will be keenly eyed and better-than-expected economic data could extend gains for the dollar. “We expect the USDINR(Spot) to trade sideways and quote in the range of 81.10 and 81.60,” he said.