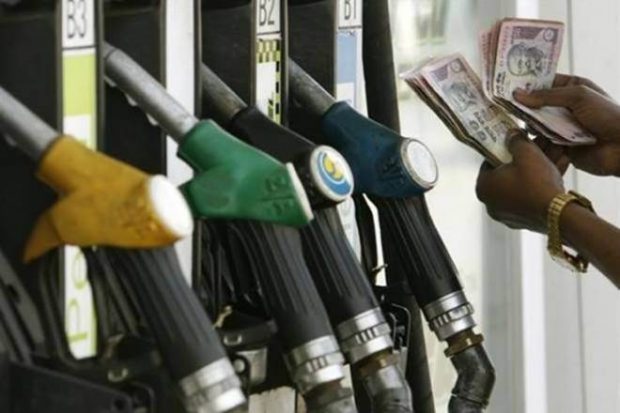 After a one-day break on Sunday, retail prices of petrol and diesel went up again on Monday. Diesel was priced at Rs 80.53 per litre in the national capital while petrol was at Rs 80.43 per litre.

Diesel had touched an all-time high of Rs 75.79 a litre on June 17 while petrol in Delhi has remained lower than its high of Rs 84 per litre touched on October 4, 2018.

The prices have been moving upwards mainly due to the hefty taxes imposed in early May by the Union and state governments. 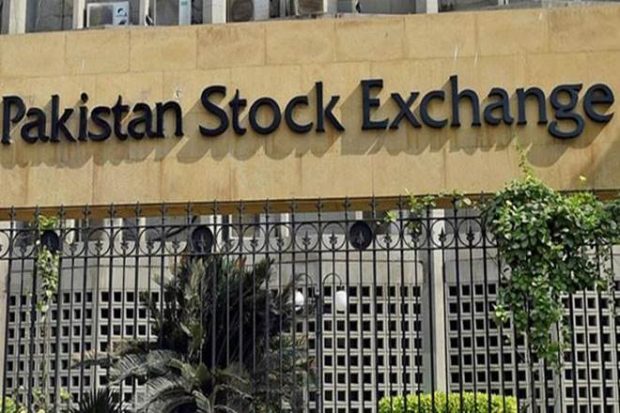 Pakistan’s Karachi Stock Exchange was attacked by four gunmen on Monday morning killing at least 10 people. The attack on Pakistan’s stock exchange building sent the Karachi Stock Exchange 100 (KSE 100) index down 220 points as investors heard the news of the attack. However, a few hours after the attack was thwarted the KSE 100 staged a sharp recovery and was seen surging 398 points from the day’s low. The KSE 100 surged to 34,117 points. Pakistan’s security officials, according to media reports, gunned down all 4 assailants before they could enter the main compound of the PSX building.

Meanwhile, the KSE 30 index was also seen trading with gains just hours after the attack. According to news reports, the exchange compound has two buildings, which the gunmen could not enter. “The militants stormed the Railway Ground parking area and opened fire outside the PSX ground. They made their way to the main gate of the building and stormed it after trading fire with the security guards,” PTI reported quoting Abid Ali Habib, Director Pakistan Stock Exchange.

Responsibility of the attack was claimed by a wing of the Balochistan Liberation Army, according to reports. Four security guards and a police sub-inspector were killed as they foiled attempts to enter the Pakistan Stock Exchange (PSX) compound on Karachi’s I.I. Chundrigar Road, also known as Pakistan’s Wall Street

The KSE 100 opened for trading on Monday morning at 33,939 points and soon surged closer to the 34,000 mark. However, the attack by 4 gunmen sent Pakistan’s stock markets tumbling with the KSE 100 index diving close to 300 points. Since then the index has steadily continued to climb upwards, sitting comfortably at 34,075 points. The KSE 100 index had tanked from over 40,000 points to below 30,000 points earlier this year as the coronavirus pandemic spread across the globe.

Ashok Leyland stock price plummeted 4.2% from the day’s high on Friday, after the Hinduja Group flagship firm reported a loss of Rs 57 crore in the January-March quarter, against a profit of Rs 653 crore in the same period last year. Income dropped massively for the company as it only managed to generate income of Rs 3,872 crore in the said quarter against Rs 8,855 in the same period last year. Ashok Leyland shares were trading at a price of Rs 52.3 per share during the day on Friday, a fall of 4.2% from the opening market price of Rs 54.6 per share.

The automobile major only managed to sell 25,504 units between January and March. The sales figure for the same period a year ago was recorded at 59,521 units. EBITDA margins declined by close to 630 basis points on-year basis to 4.8% due to higher staff cost and adverse operating leverage. EBITDA declined 81% from the previous year. “This clubbed with higher depreciation/interest cost resulted in recurring loss of Rs 11.8 crore,” said brokerage and research firm Motilal Oswal. The stock trades at FY22E 9.7x EV/EBIDTA and 1.9x P/BV, the brokerage firm said.

“Ashok Leyland reported highly subdued March quarter results due to negative operating leverage on account of significant decline of over 60% on-year in its M&HCV volumes during the quarter. We expect tough times for the CV industry over the next 2 quarters, while this industry would bounce back strongly in FY22 with more than 100% On-year jump in volumes,” said Mitul Shah, VP Research, Reliance Securities

The management commentary, post the March quarter results, reiterated the focus on cost reduction programmes. Ashok Leymand’s management said the company is focussing on preserving cash, in which its prior efforts have helped, and that the company is conserving resources for future growth initiatives. Shares of Ashok Leyland have surged over 54% from their March lows. 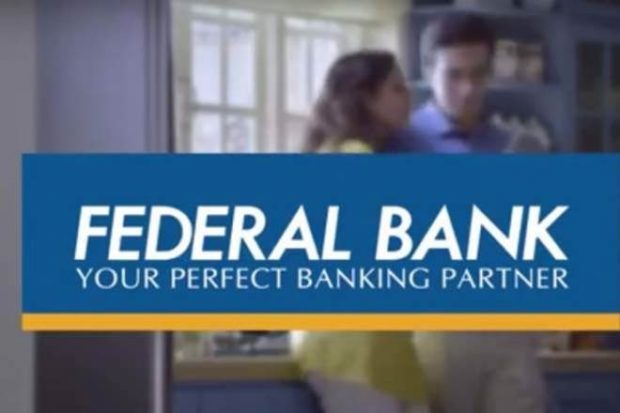 The stake buy from the state-run IDBI Bank will take Federal Bank’s stake in the 12-year-old company to 30 per cent, the maximum permissible level for a lender under the regulations, its managing director and chief executive Shyam Srinivasan told PTI.

Federal Bank will be purchasing 4 per cent, while their Dutch partner Ageas Insurance International NV will be buying 23 per cent to take its ownership to 49 per cent, the maximum permissible for a foreign partner in a life insurance venture.

“The valuations have been decided between partners by appointing third parties. IDBI Bank will reduce either to 25 or 21 per cent depending on whether we buy or not,” he said and added that “we will take our stake to the maximum permissible 30 per cent and it will take about Rs 80-90 crore for the 4 per cent stake.”

At the lower-end of the valuation hinted by Srinivasan, the total valuation of the insurer will come at about Rs 2,000 crore. Srinivasan said it is a good investment for the bank which can reap in benefits later but declined to answer whether they are looking at an eventual listing of the venture.

The company has a good presence in the market and such a deal will be beneficial for all the stakeholders, he said.

It can be noted that the transactions have been triggered primarily by life insurance behemoth LIC buying a majority stake in IDBI Bank last year, due to which the lender is reducing its 48 per cent stake in the venture.

Srinivasan said the bank is presently in a capital conservation mode wherein it is looking at ways of conserving money, but stressed that increasing the stake is a good bet from a future perspective and also added that the amount to be invested at over Rs 80 crore is “considerably low”. 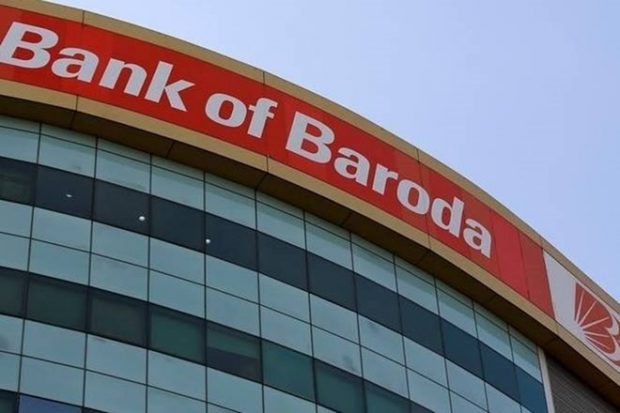 Bank of Baroda share price zoomed 9 per cent to Rs 55 apiece on BSE a day after the bank reported a net profit of Rs 506.6 crore in the January-March quarter of the financial year 2019-20. The bank had posted a loss of Rs 991 crore in the corresponding quarter of the previous year. Bank of Baroda stock price has rallied over 52 per cent from its May low. “The results for the quarter and year ending March 31 and quarter ended December 31, 2019, includes operations of erstwhile Vijaya Bank and erstwhile Dena Bank,” BoB said in a regulatory filing.

Around 11 AM, Bank of Baroda shares were trading 4.96 per cent higher at Rs 53 apiece as compared to a 0.14 per cent in S&P BSE Sensex. With today’s gain in the stock price, the market capitalisation of the bank stands at Rs 24,465.90 crore. For the full financial year 2019-20, Bank of Baroda posted a net profit of Rs 546.18 crore, up from Rs 433.52 crore in the preceding fiscal. Research and brokerage firm Motilal Oswal has recommended to buy the stock with a price target of Rs 70, an upside of nearly 40 per cent from yesterday’s close. The brokerage firm said that it would revise its estimates and target price post the analysts’ webinar.

Another research and brokerage firm Kotak Institutional Equities has maintained an ‘add’ rating to the stock with a revised fair value of Rs 65 from Rs 105 earlier. “The bank has made additional standard asset provisions ahead of possible risks arising out of Covid in the current quarter. The merger progress is broadly on track and disruption has been lesser than anticipated,” said Kotak Institutional Equities in its latest research report.