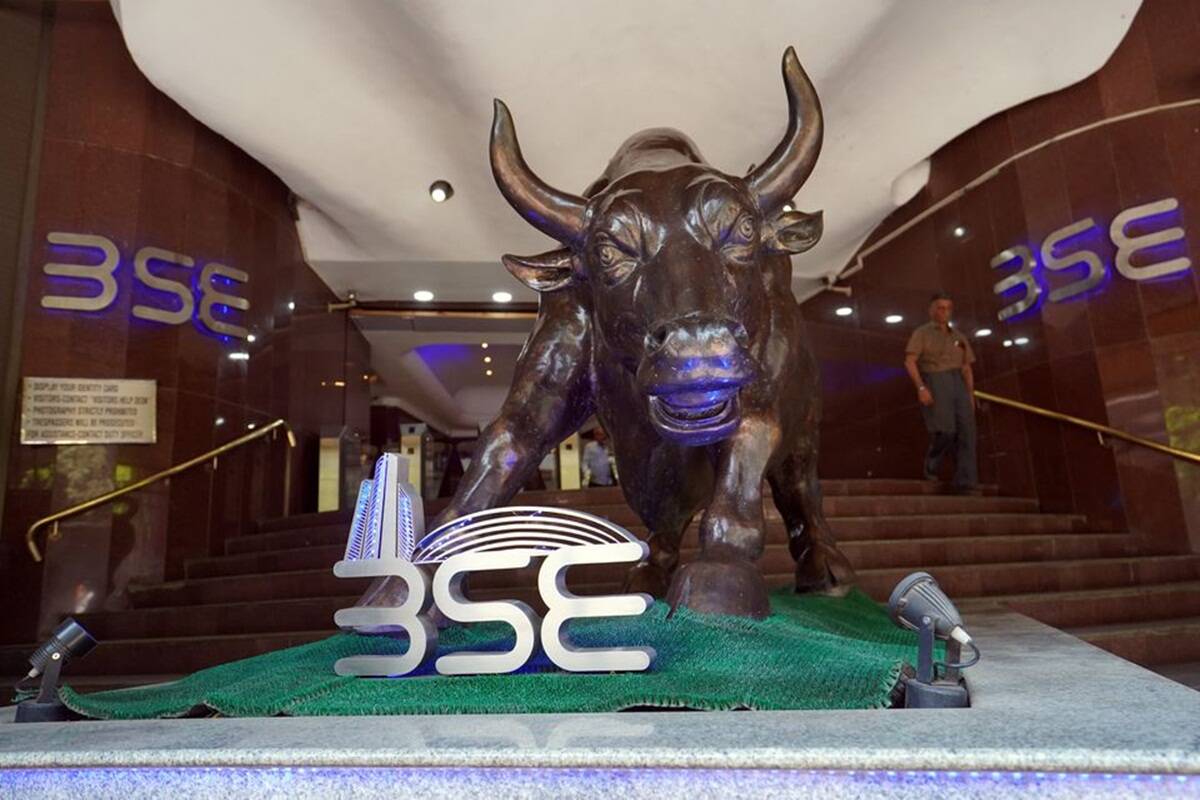 Last week, a source had told Reuters that the company will cut the offer for sale portion after the weak response despite it extending the subscription period.

Backed by billionaire stock investor Rakesh Jhunjhunwala, the company had priced its IPO between 870 rupees and 900 rupees per share and a banking source had told Reuters that the company was aiming for a nearly $7 billion valuation. The IPO now consists of fresh issue of 22.2 million shares and offer for sale of 48.89 million shares, according to the prospectus dated Dec. 7, while the issue and offer were “subject to finalisation of basis of allotment.”

Investors will be closely watching the listing which is likely on Friday after Paytm’s dismal debut in November cast doubts on the big ticket IPOs and sparked concerns about overvaluation in the domestic equity market.Indian payments firm MobiKwik deferred its IPO plans, following Paytm’s lacklustre performance.

Other large offerings planned for later this year and the next include Softbank-backed firms Delhivery and OYO, which have filed draft papers for IPOs worth $992.73 million and $1.12 billion, respectively, and that of state-owned life insurance giant LIC, expected to be India’s biggest.Incorporated in 2005, Star Health offers coverage options for retail health, group health, personal accidents and overseas travel insurance.

Digital mapping company MapMyIndia, which powers Apple maps, has fixed a price band of Rs 1,000-1,033 a share for its Rs 1,040-crore initial share-sale, which will open on December 9. The three-day initial public offering (IPO) will conclude on December 13. The bidding for anchor investors will open on December 8, the company announced. The IPO is entirely an offer for sale of up to 10,063,945 equity shares by existing shareholders and promoter.

At present, promoters Rakesh Kumar Verma and Rashmi Varma hold 28.65 per cent and 35.88 per cent stake in the company.
The public issue is expected to fetch Rs 1,039.6 crore at the upper end of the price band. MapMyIndia, also known as CE Info Systems, is backed by global wireless technologies company Qualcomm and Japanese digital mapping Zenrin. The New Delhi-based company is leading provider of advanced digital maps, geospatial software and location-based IoT technologies.

Apple products use MapmyIndia maps as do payment gateways like PayTm, PhonePe, or e-commerce food delivery platforms like McDonalds, Grofers, Cars24. Store locators by companies like SBI Branch Locator, Bajaj Finserv, Prasar Bharti DTH Dealer locator use the same. Half of the issue size has been reserved for qualified institutional buyers (QIBs), 15 per cent for non-institutional investors and 35 per cent for the retail investors.

Investors can bid for a minimum of 14 equity shares and in multiples thereof. Axis Capital, JM Financial, Kotak Mahindra Capital and DAM Capital Advisors are the lead managers to the issue. 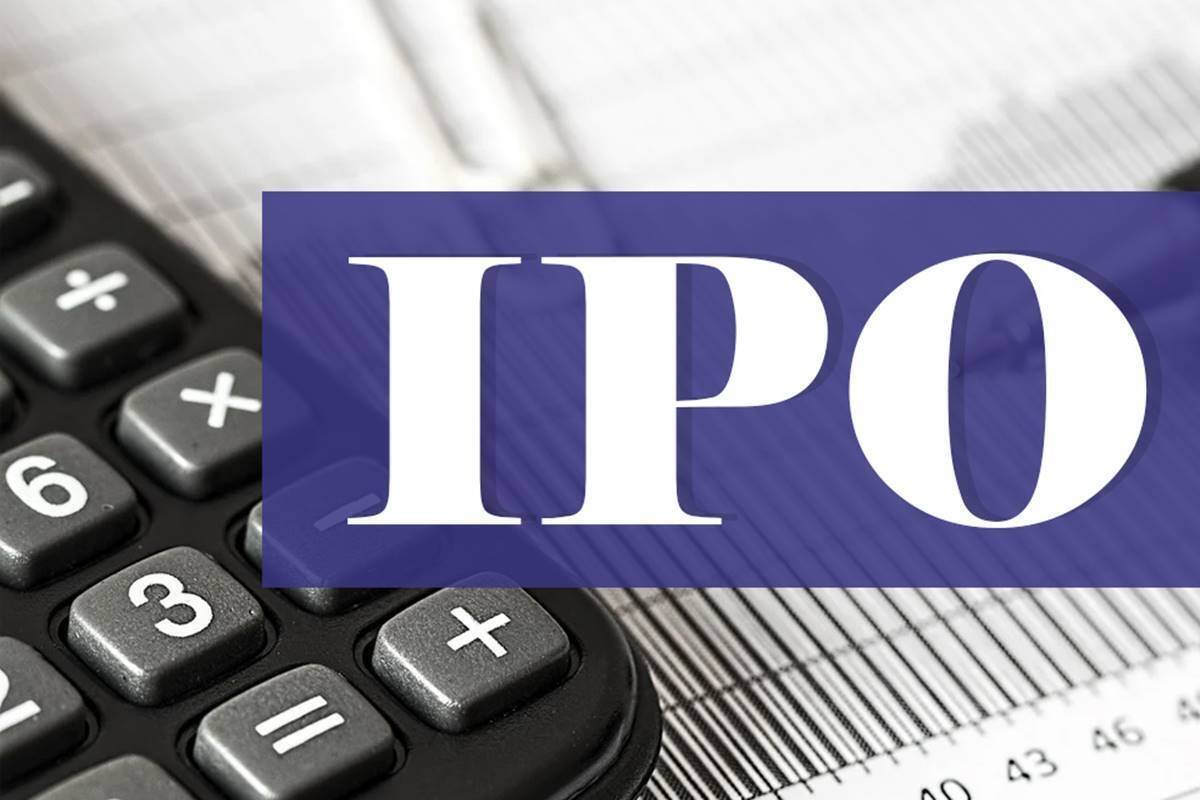 Specialty chemical company Aether Industries plans to file preliminary documents for an initial public offering of as much as Rs 1,000 crore next week, according to people familiar with the matter.

Kotak Mahindra Capital Company Ltd and HDFC Bank Ltd have been appointed as merchant bankers to advise the company on the public issue, they added.

Aether Industries started with an R&D unit in 2013, and began commercial production in 2017. It caters to the pharmaceutical, agrochemical, material science, electronic chemical, high performance photography and oil and gas industry segments.

The Surat-based company has recently raised over Rs 100 crore from White Oak Capital and IIFL in the pre-IPO round.

According to people familiar with the matter, the company has finalized the plan to raise Rs 800-1,000 crore through an initial public offer (IPO) and is expected to file its draft red herring prospectus (DRHP) with the markets regulator Sebi next week.

The pandemic has compounded the situation further as companies across the world are looking for alternate supply solutions as they want to reduce dependence on China and develop either local supply chain or alternative chain.

As a result, several Indian players witnessed order inflows from global chemical players to meet the supply disruptions from China.

Amongst the recently listed specialty chemicals companies, shares of Laxmi Organics, Rossari Biotech, Clean Science Technologies, Tatva Chintan and Ami Organics have given returns in the range of 40 per cent to 200 per cent from their issue prices. 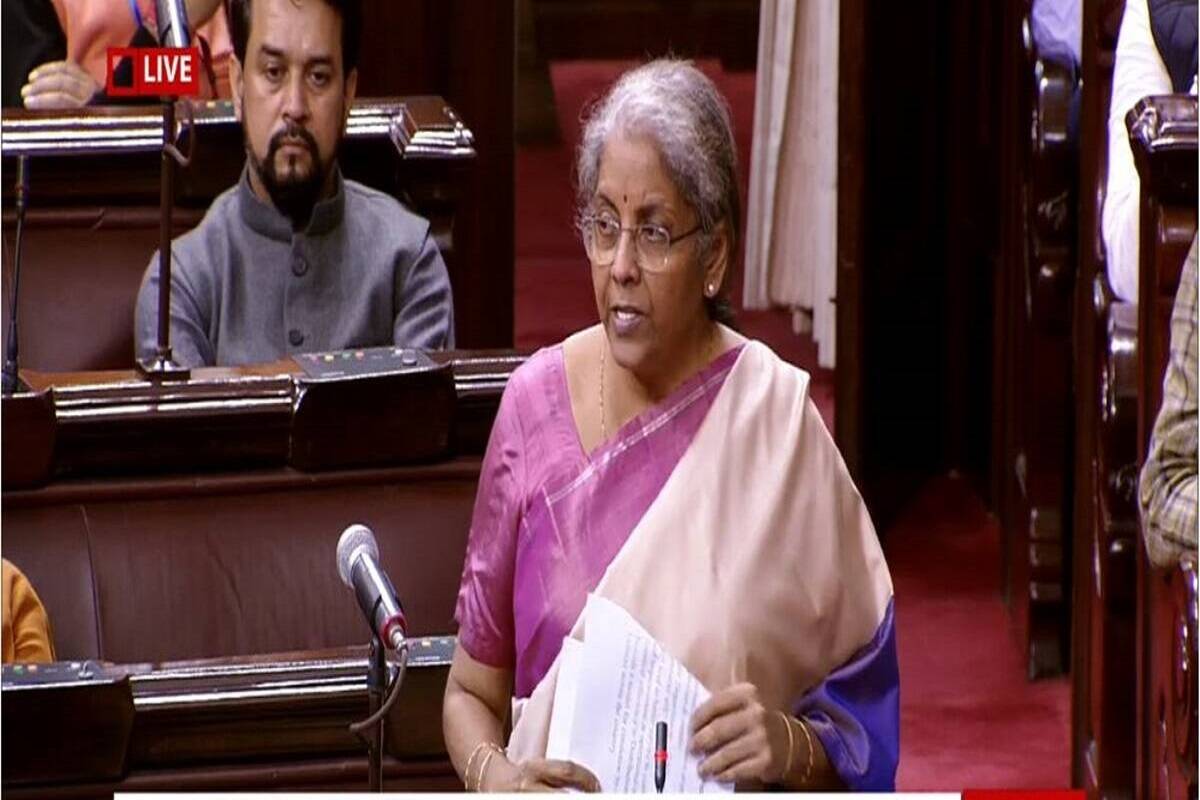 As the Indian crypto market awaits the introduction of the Cryptocurrency and Official Digital Currency Bill 2021, in Parliament’s Winter Session, Finance Minister Nirmala Sitharaman during the Question Hour in Rajya Sabha on Tuesday noted that the bill is awaiting clearance from the cabinet. Here’s a quick recap of everything the finance minister said around cryptocurrencies in Parliament:

Ques – What are government plans on shutting down crypto advertisements?

Nirmala Sitharaman – There is no solution currently to close crypto ads but certainly to caution people around the risk involved, government is taking steps via SEBI and RBI. While they could do more (in raising awareness) but we are now at a point that the bill will soon come.

The question of shutting crypto ads was raised by senior BJP leader and Rajya Sabha MP Sushil Kumar Modi. The MP later added “during the recent cricket world cup, over Rs 50 crore was spent by crypto exchanges in ads that ran without any disclaimer. These ads are misleading and can lead to heavy losses.”

Modi also highlighted that the Crypto Bill was listed during the Budget Session as well but couldn’t be introduced.

Nirmala Sitharaman – Last time the bill was proposed but subsequently because there were other dimensions, which in real-time, we thought were important to bring into the bill. That bill has been reworked and is now coming as a new bill. So, the intent was either we improve that bill or come with a bill that is far more recent. Once the Cabinet clears the bill, it will come into the house. About misleading ads and banning ads, Guidelines of Advertising Standards Council of India are being studied and regulations that they have are all being looked into so that, if necessary, we can take some kind of decision to say how we are going to handle this.

Ques – What government is planning to do about the risk of money laundering and scams with the growth in crypto transactions?

Nirmala Sitharaman — The risk that this can lead to some kind of illegal transfers to not so desirable activities are matters which are being well monitored in the regular course also by institutions, by enforcement authorities etc. These are matters which are discussed at various levels.

Ques – Would there be a separate legal framework for non-fungible tokens (NFTs)? Also, how many people have paid income tax on crypto income and how much tax has been collected?

Nirmala Sitharaman — I don’t have the ready information on how much tax has been collected on crypto or how much has been paid on it. On having a separate framework for NFTs, at this moment I may not be able to say that there will be a separate framework or not, but certainly, all these matters are being discussed.

Ques – What government is doing to make people aware of risks associated with crypto investments?

Nirmala Sitharaman – Until the bill comes, there have been statements issued through the government, SEBI, and RBI (on the risks involved), and also fair awareness-building attempt has been made to say that this is a risky area and people should be conscious of what they are doing. Awareness or ‘alert’ has been issued so that people are fairly cautioned. That much has been done. 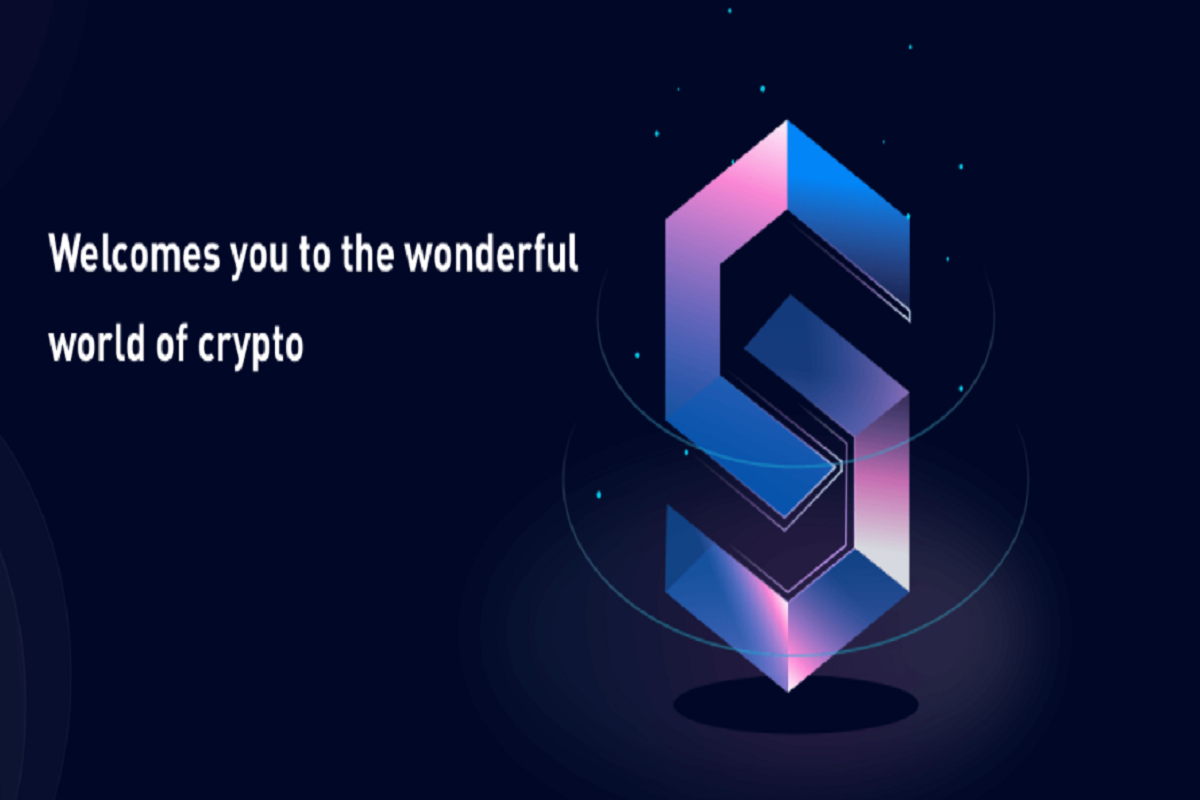 Even as the government seeks to ban all private cryptocurrencies through the new crypto bill, which is likely to be introduced in the Winter Session that began Monday, Singapore-based crypto futures and spot trading exchange Coinstore has forayed into the Indian market. The company on Monday announced its entry into the Indian crypto market with the launch of its web and app platform for Indian users. Users can “trade, buy and sell cryptocurrencies, with easy KYC verification and 24/7 customer support,” Coinstore said in a statement. The exchange enables trading into over 50 cryptocurrencies. The launch assumes significance as more than 20 per cent of Coinstore’s active users come from India.

“With over 20 per cent of our active users from India, we decided to start local operations to fully support our Indian users,” said Jennifer Lu, Head Product and Co-Founder, Coinstore. The setting up of a local support office is currently underway in the country. The company will have offices in Delhi, Mumbai, and Bengaluru “that will act as its base in India for future expansion.”

Coinstore is also looking to hire local talent with 100 immediate openings in India for its customer support, marketing and operations division. The company added that its $120-million fund, which is allocated for India expansion, will be deployed towards marketing, hiring, and development of crypto-related products and services for the Indian market.

Users will be provided with a copy trading feature to follow trades of other successful traders in order to make strategic investment decisions from trading the future prices of cryptocurrencies. In June this year, Coinstore had launched its iOS and Android apps globally alongside their web trading platform. The company said it would soon undergo a “rigorous audit by Hacken, a global cybersecurity firm with a focus on blockchain security.”

Coinstore’s foray follows the entry of Malaysia-headquartered crypto exchange CGCX.io back in April this year, as per a company release, followed by the US-based crypto trading platform CrossTower that entered India in September this year. According to a Nasscom report published in September this year, cryptotech has the potential to create more than 8 lakh jobs by 2030 in India, up from 50,000 individuals employed currently. Moreover, the industry is expected to reach $241 million in size by 2030 in India from $6.6 billion invested by Indian retail investors in different crypto assets such as Bitcoin, Ethereum, Polygon, etc., the report noted. The crypto industry has grown by 39 per cent in the last five years in India.

Importantly, the Cryptocurrency and Regulation of Official Digital Currency Bill, 2021 listed for introduction in the current Winter Session seek to create a framework for the creation of the official digital currency to be issued by the Reserve Bank of India. While it also intends to prohibit all private cryptocurrencies in India, however, it will allow for ‘certain exceptions’ to promote the underlying technology of cryptocurrency and its uses, the government had said in the legislative agenda released last week.