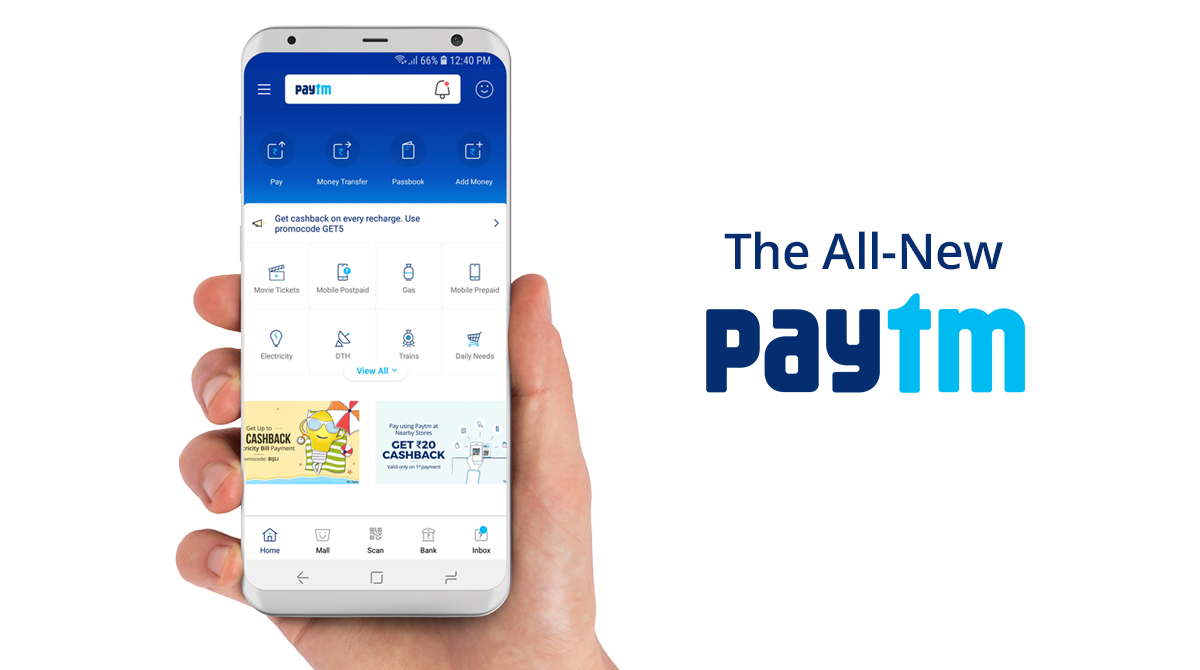 Paytm, India’s leading digital payments provider, is aiming to raise about 218 billion rupees ($3 billion) in an initial public offering late this year, according to a person familiar with the deal, in what could be the country’s largest debut ever.

The startup, backed by investors including Berkshire Hathaway Inc., SoftBank Group Corp. and Ant Group Co., plans to list in India around November and its offering could coincide with the Diwali festival season, said the person, asking not to be named because the details are private. Paytm, formally called One97 Communications Ltd., is targeting a valuation of around $25 billion to $30 billion.

The One97 board plans to meet this Friday to formally approve the IPO, said the person. Paytm declined to comment in response to emailed questions.
If successful, Paytm’s initial share sale would surpass Coal India Ltd.’s offering, which raised more than 150 billion rupees in 2010 in the country’s largest IPO so far.

Banks shortlisted to run the Paytm offering include Morgan Stanley, Citigroup Inc. and JPMorgan Chase & Co., with Morgan Stanley the leading contender, the person said. The process is expected to get rolling in late June or early July. The banks did not immediately respond to requests for comment.

The public market debut will include a mix of new and existing shares to meet regulatory obligations in India. The country’s regulations require that 10% of shares are floated within two years and 25% within five years.

Paytm, led by founder and Chief Executive Officer Vijay Shekhar Sharma, has been focusing on ramping up revenue and monetizing its services over the past year. It’s expanded beyond digital payments into banking, credit cards, financial services, wealth management and digital wallets. It also supports India’s financial payments backbone, the Unified Payments Interface or UPI.

Paytm has fended off stiff competition from a swath of global players including Walmart Inc.-owned PhonePe, Google Pay, Amazon Pay as well as Facebook Inc.-owned WhatsApp Pay. It has the biggest market share of India’s merchant payments.

Paytm has over 20 million merchant partners and its users make 1.4 billion monthly transactions, according to numbers in a recent company blog post.

In a recent conversation, CEO Sharma said Paytm had its best ever quarter in the first three months of this year after pandemic-related spending spurred digital payments. 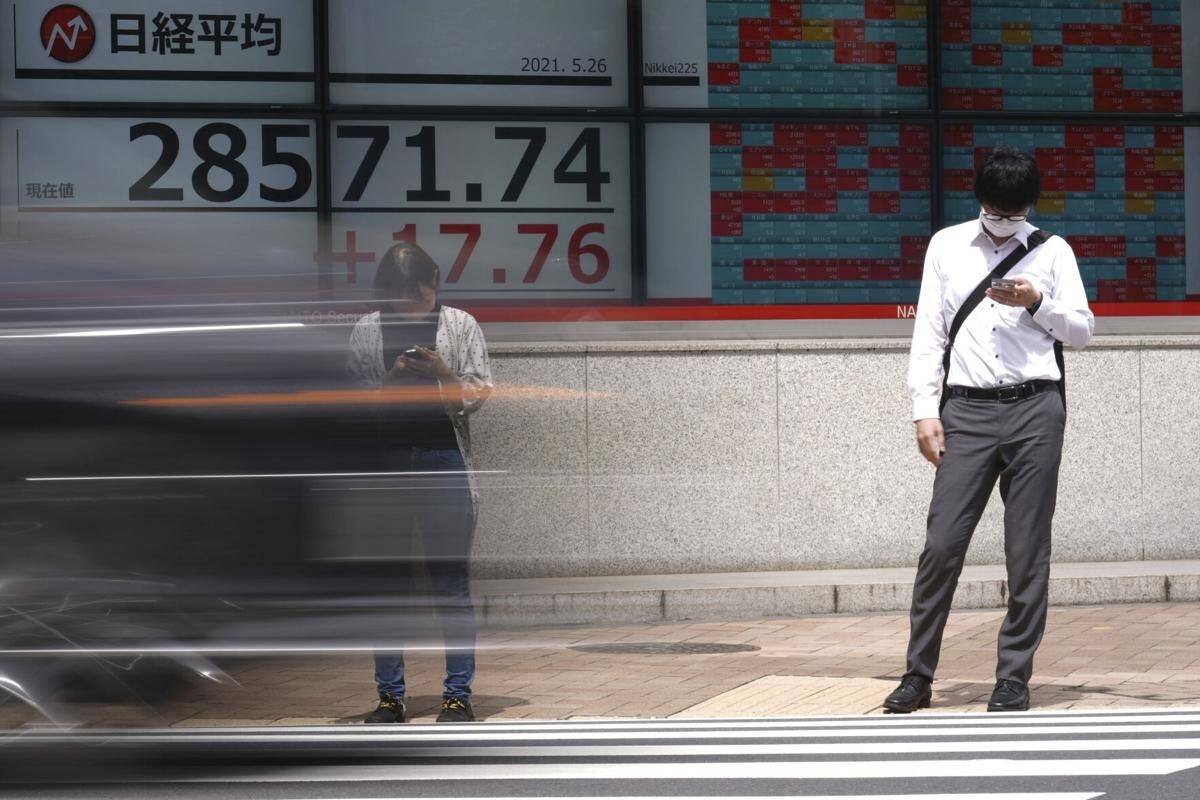 Investors worry stronger inflation might prompt governments and central banks to roll back economic stimulus. They have been reassured by comments from U.S. Federal Reserve officials that they see no need yet to change course. ”Inflationistas look like they might be ready to throw in the towel,” said Edward Moya of Oanda in a report.

Investors also have been encouraged by stronger U.S. corporate profits and consumer spending. That has kept the U.S. stock market near record highs and boosted optimism in global markets.

Data due out Thursday are expected to show the biggest global economy accelerated in the first three months of this year after expanding at an annual rate of 4.3per cent in 2020’s final quarter. Economists expect a huge rebound this year following the deepest slump since the Great Depression of the 1930s.

The Kospi in Seoul was unchanged at 3,171.67 and Sydney’s S&P-ASX 200 advanced 0.1per cent to 7,122.40. New Zealand declined, while markets in Singapore, Thailand and Indonesia were closed for holidays. On Wall Street, the S&P 500 declined to 4,188.13 after spending much of Tuesday wavering between gains and losses.

The Dow Jones Industrial Average dropped 0.2per cent to 34,312.46. The Nasdaq fell less than 0.1per cent to 13,657.17. Financial, energy and health care stocks accounted for much of the decline. Moderna rose 3.1per cent after the drugmaker said its COVID-19 vaccine was found to be effective in children aged 12 to 15. Technology and communication stocks gained. So did big retailers, cruise lines and other companies that rely on consumer spending.

The contract rose 2 cents on Tuesday to USD66.07 per barrel. Brent crude, the basis for international prices, was oil for July delivery rose 19 cents to USD68.65 a barrel. 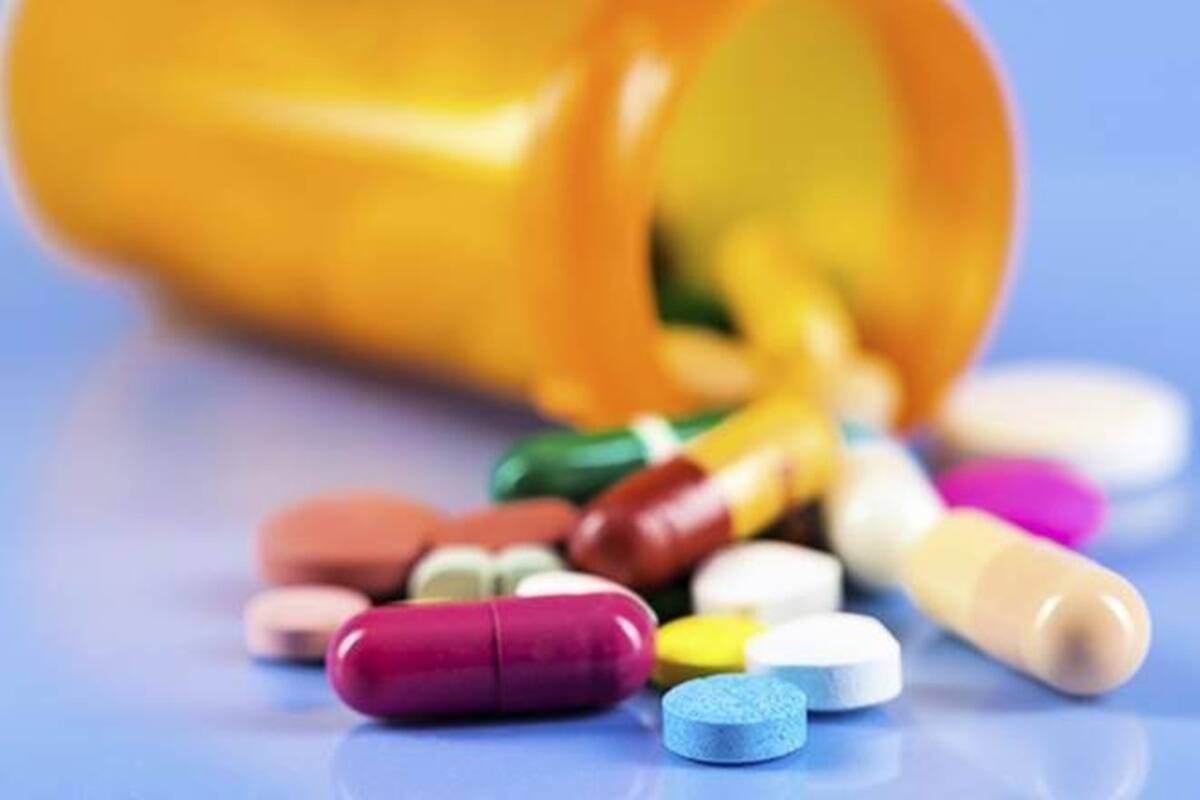 Natco Pharma share price hits 20 per cent upper circuit at Rs 1,188.95 apiece, also its all-time high, in intraday on BSE, after the company initiated phase III clinical trial to evaluate the efficacy and safety of Molnupiravir capsules in mild COVID-19 patients in India. Natco’s clinical trial has been planned in 32 hospitals across India. Natco Pharma stock price has surpassed its previous high of Rs 998 per share, touched in the previous session. Technically, the stock looks overbought and a correction looks likely, said an analyst. “Long-term investors should book some profits at current levels and look to buy near 920- 940 levels for better returns in the future,” AR Ramachandran, Co-founder & Trainer, Tips2Trades, told Financial Express Online.

Pre-clinical data have shown that Molnupiravir has broad anti-influenza activity, including highly potent inhibition of SARS-CoV-2 replication. Patients treated with Molnupiravir achieved response within 5 days of therapy indicating that the duration of treatment with Molnupiravir is short, with the additional advantage of being an oral therapy. In traded volume terms, 3.27 lakh Natco Pharma shares have traded on BSE so far in intraday, while a total of 62.19 crore shares have exchanged hands on NSE.

After the Drug Controller General of India (DCGI) permitted Natco Pharma to commence manufacturing of the anti fungal drug, namely, Amphotericin B, liposomal injection, which is crucial in the treatment of mucormycosis, often known as ‘Black Fungus,’ the stock hit 20 per cernt upper circuit. Further, the US Food and Drug Administration (US FDA) has given final clearance to the company for two new medicine applications, one of which is an anti-cancer drug. “We believe both these recent developments are long-term positive for the company, helping the stock to attract investment,” Ashis Biswas at CapitalVia Global Research, told Financial Express Online.

On Monday, Natco Pharma announced that it has received USFDA approval for Everolimus tablets in US markets. Natco’s partner BPI plans to launch 0.25 mg, 0.5 mg and 0.75 mg strengths of the product shortly. “The strengths of Everolimus are indicated in the Prophylaxis of organ rejection in kidney transplantation and liver transplantation,” the company said. In another release, Natco Pharma has received final approval from the US Food and Drug Administration (US FDA) for abbreviated new drug applications (ANDA) for Lenalidomide Capsules. The company along with its marketing partner (Arrow International Limited) had settled litigation with Celgene. NATCO and Arrow shall launch the product on agreed-upon launch dates in the future. In the afternoon deals, Natco Pharma pared some of its gains to trade 9.37 per cent higher at Rs 1,083.65 apiece. 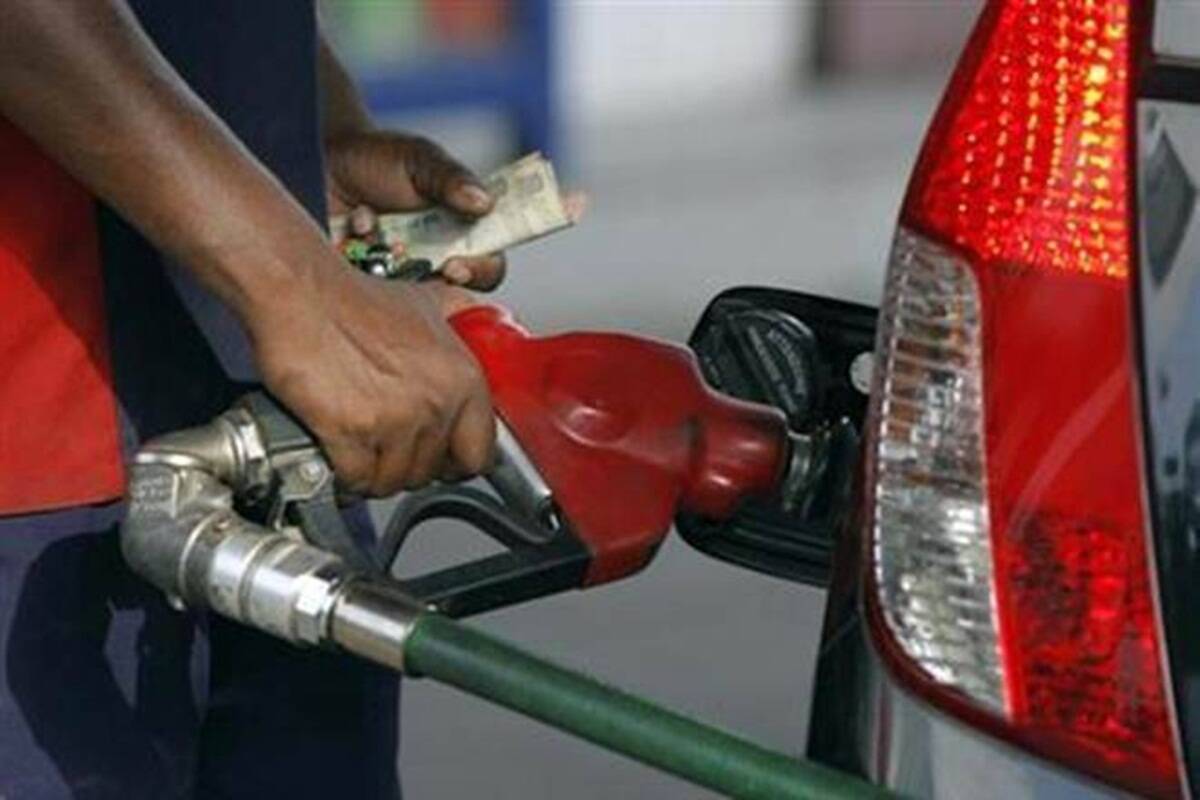 Prices of Petrol and Diesel were left unchanged for the second day running today. So far this month, fuel prices have been increased 10 times. Petrol in Delhi today costs Rs 92.85 per litre, while diesel in the capital city costs Rs 83.51 litre today. Petrol price in Delhi has been increased by Rs 2.45 so far in May, while diesel price has surged Rs 2.78 per lire. Bharat Petroleum Corporation Ltd (BPCL), Indian Oil Corporation Ltd (IOCL) and Hindustan Petroleum Corporation Ltd (HPCL) revise the fuel prices on a daily basis in line with benchmark international price and foreign exchange rates.

Mumbai’s petrol cost is the highest across major cities at Rs 99.14 per litre. Diesel in the country’s financial capital costs Rs 90.71 per litre. Petrol rates in Mumbai are inching closer to the Rs 100 mark. Sri Ganganagar district of Rajasthan had the costliest petrol and diesel in the country at Rs 103.80 per litre and Rs 96.30 a litre, respectively. The divergence in prices between Delhi and Mumbai is owing to different prices in different cities. Petrol and Diesel prices are fixed on the basis of freight charges, local taxes, and VAT.

Crude oil price continued to move lower on Thursday morning, extending their losses to the third day straight. US WTI crude was down 0.1% to trade at $63.29 per barrel, while Brent crude futures were also down at $66.60 per barrel, according to Reuters. 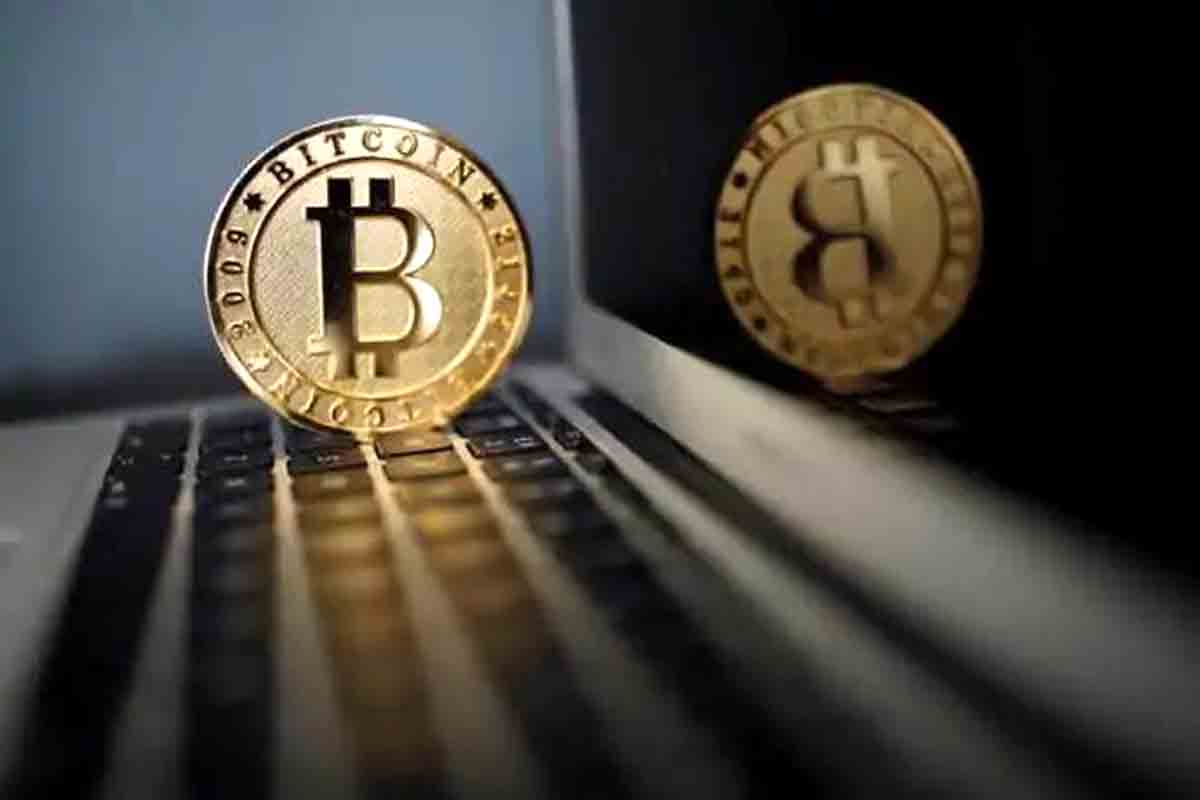 Bitcoin continued to plummet on Tuesday, falling below the $40,000 mark and extending losses to 14% in the last 24 hours. Bitcoin has dropped below $40,000 for the first time since February 9 this year. The cryptocurrency has been falling constantly this month, overwhelmed by the recent spiral of negative news surrounding the currency. Currently, Bitcoin is trading at $39,000, recouping some losses after hitting a low of $38,585, according to Coindesk data.

Earlier this month, Tesla CEO Elon Musk suspended payment for Tesla cars using Bitcoin, citing environmental concerns. Elon Musk, last weekend, also suggested that Tesla might do away with its Bitcoin holdings. Tesla had bought $1.5 billion of Bitcoin earlier this year, 10% of which was later sold by the electric car manufacturer. Bitcoin has come down 38% from its all-time high of $64,829, hit in the middle of April.

Elon Musk, while slandering Bitcoin for its environmental concerns has been batting for Dogecoin, another cryptocurrency. “Bitcoin is actually highly centralised, with supermajority controlled by a handful of big mining (aka hashing) companies,” Elon Musk wrote on Twitter. “Ideally, Doge speeds up block time 10X, increases block size 10X & drops fee 100X. Then it wins hands down,” he added.